For her latest movie Mimi, Kriti Sanon had to put on 15 kgs to play the role of a pregnant woman. Ahead of the release of the film, Kriti had spoken about how she had put on weight for the role and also shared a video on the same. Now, she has shared a video showing her struggles to reduce the 15 kgs she put on as she had to shoot her introductory song ‘Param Sundari’ towards the end of the shoot. 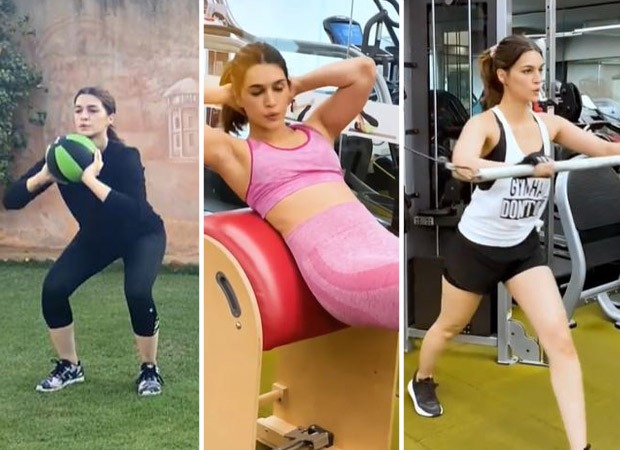 Sharing a video on Instagram which gives us a glimpse of her process of losing weight, Kriti wrote, "While putting on 15 kgs for Mimi was a challenge, losing those kilos wasn’t easy for Chubby Sanon either! and.. I had kept Param Sundari for later so i have the motivation to get back in shape!"

"Having put on so much weight for the first time ever and not working out for 3 months(not even yoga!), my stamina, strength and flexibility had gone down to Zero! In fact, I had to slowly get back to mobility with my joints clicking constantly. Sharing some snippets of before and after lockdown videos where @yasminkarachiwala helped me out get back my strength!P.S. Dont have enough home workout recorded, but thanks @robin_behl14 for being there through those tough days! THINK. BELIEVE. ACHIEVE," she added.

ALSO READ: EXCLUSIVE: “For the first time, I have not read reviews” – Kriti Sanon on Mimi