Kriti Sanon is starring as Parvati Bai in Ashutosh Gowariker’s upcoming period drama, Panipat which revolves around the third battle of Panipat. The actress plays the wife of Sadashiv Bhau. Recently, she met Priyanka Chopra at a party and it was a meet up of Peshwa bahus. 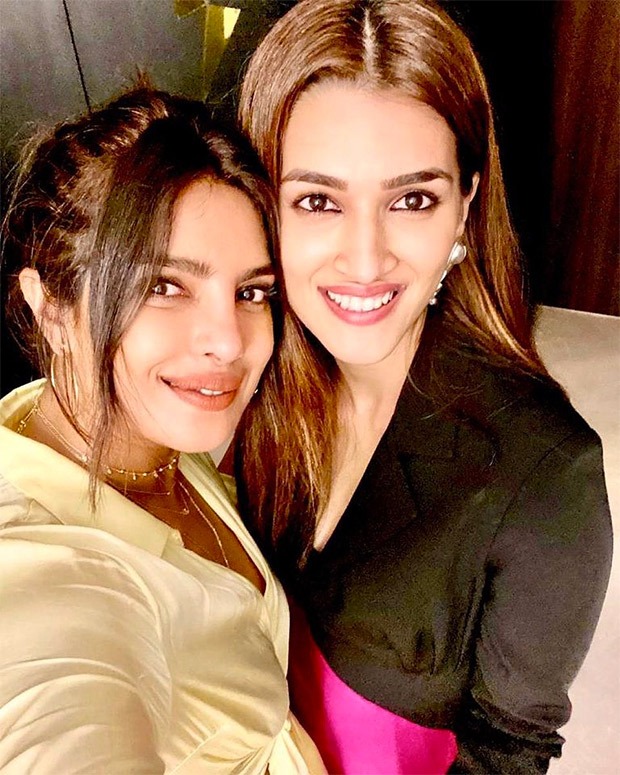 Priyanka Chopra played the role of Kashibai in Sanjay Leela Bhansali’s Bajirao Mastani two years ago. Kriti recalled what the meet was like with Priyanka. "It was very informal. We were trying to figure out the exact relation between Kashibai and Parvatibai. Priyanka had seen my video where I was dancing on ‘Coca Cola’ (Luka Chuppi) in my vanity van, dressed as Parvatibai. It resonated with her. She said, 'It reminded me of myself because whenever I would be off the set, I was no longer Kashibai. I would slip into my character again when I was on the set.' She said Bhansali sir would scold her. We had a fun, informal conversation. I’ve met her before and she is very real and warm always."

Coming back to Panipat, Kriti Sanon is starring alongside Arjun Kapoor and Sanjay Dutt. The film is scheduled for December 6 release.