Sushant Singh Rajput died on June 14. Ever since there have been rapid developments in the case. Rhea Chakraborty is the prime accused in the case and is being investigated. Because of news reporters relentlessly following her, the actress sought protection from the local police. 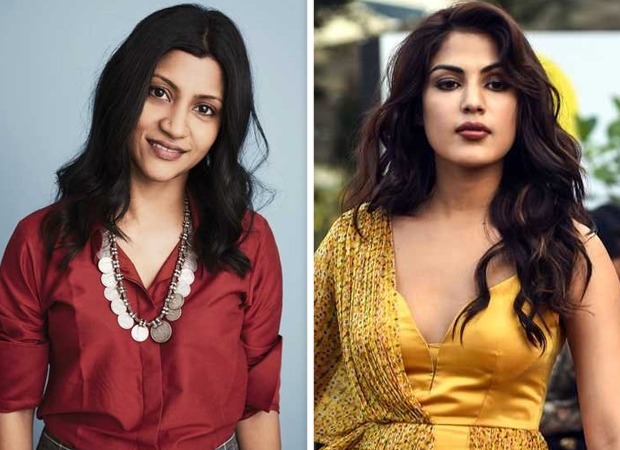 On Friday, Rhea Chakraborty while leaving the DRDO guest house post the interrogation by CBI was hounded by a few reporters who according to video footage even made it difficult for her to enter her car. A Mumbai Police officer had to guide the actress into her car while stopping the press from getting too close.

Videos of the same have been doing the rounds on the internet. Appalled by the treatment of the press, actress and director Konkona Sen Sharma took to her Twitter handle and expressed shock and compared it to what happened to Princess Diana. “I am appalled at how irresponsibly media is ‘covering’ Rhea Chakravarty. Do they not remember Princess Diana? Are we never going to learn? Especially at a time when there is no dearth of serious issues to focus on,” Konkona wrote.

I am appalled at how irresponsibly media is ‘covering’ Rhea Chakravarty. Do they not remember Princess Diana? Are we never going to learn? Especially at a time when there is no dearth of serious issues to focus on. https://t.co/Z7JlA0p8Eh

Reportedly, Princess Diana who died in a car crash in 1997 was being chased by the paparazzis on motorbikes. After her divorce to Prince Charles in 1996, the press was covering every step by Princess Diana and was in the news every day. Reportedly, the Princess had complained about the media's intrusion making normal life impossible for her. Several times it also drove her to tears. However, there are some who claimed that the Princess craved for media attention and would sometimes give tips about her whereabouts. On the day of her death she was reportedly being chased by some photographers. After the accident, the police arrested seven French photographers.