Last Updated 19.08.2022 | 11:00 AM IST
feedback language
follow us on
Bollywood Hungama » News » Bollywood Features News » Koffee With Karan 7: From sex playlists to Suhagraat, Ranveer Singh and Alia Bhatt set the couch on fire in this new teaser; “there is no such thing as Suhagraat,” says the pregnant actress

Readers would be aware that Ranveer Singh and Alia Bhatt are all set to make their debut together on the couch of Koffee With Karan 7 as they present to you Rocky Aur Rani Ki Prem Kahaani. The film, that not only features them as the lead couple, is also directed by the host Karan Johar. Needless to say, the onscreen couple, who are always in the limelight, were in their elements as they discussed on a wide range of fun topics including their marriages with Deepika Padukone and Ranbir Kapoor respectively and of course, their sex life. 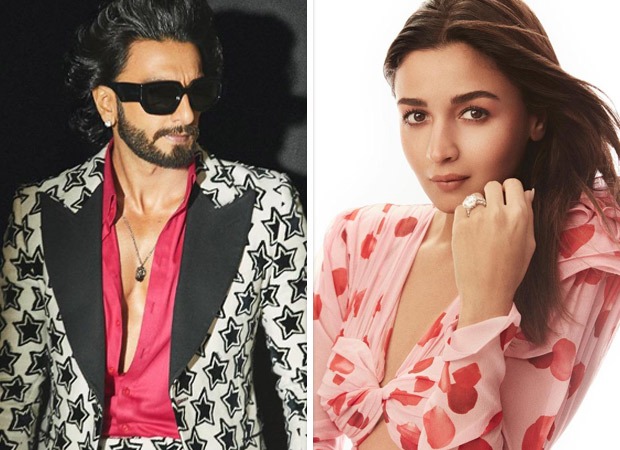 Koffee With Karan 7: From sex playlists to Suhagraat, Ranveer Singh and Alia Bhatt set the couch on fire in this new teaser; “there is no such thing as Suhagraat,” says the pregnant actress

In the recently released promo of Koffee With Karan 7, we get to witness the fun chemistry between Ranveer Singh and Alia Bhatt. Karan introduces them as two happy married people just not with each other. The promo also features scoops from the different segments of the show. When Alia was asked to break a common myth about marriage, she immediately responded, “There is no such thing as suhaagraat (first night). You’re just tired.” Karan also introduces us to a new segment that is called ‘Coffee Bingo’ wherein Ranveer was asked about his playlist. He responded, “I have a sex playlist that goes like, ‘Dhin ta dhin ta, dhin ta ta dhin da’,” as Alia joins in.

The promo also features Ranveer describing Alia as his ‘Sakhi’ whereas Alia calls him Pammy Aunty, to which Karan adds that Pammy is interested in everything.  Another fun moment is during a Q&A session with the Gully Boy actors wherein Ranveer nicknames Alia yet again as ‘Genius Of The Year’. When Karan asks Alia to describe her marriage in 30 seconds, she misunderstands the question and starts her answer with, “when Karan gets married…” leaving everyone in splits. To the same, Ranveer makes a reference to her AIB collaboration video as he calls her ‘Genius Of The Year’. Interestingly, the video was a witty response to trollers who had trolled the actress for goofing up her answer about an Indian politics related question on Koffee With Karan.

The show is expected to premiere on July 7 on Disney+Hotstar and unlike its previous seasons, this show will be available only on OTT.