The new season of Koffee With Karan has been unravelling the fun, candid sides of celebrities till date. However, for its fifth episode, it brings to the couch, Laal Singh Chaddha star, Aamir Khan. Joining him on the couch will be Kareena Kapoor Khan, who has been a strong part of Koffee with Karan, and is now back for her seventh stint. The much-awaited episode’s teaser hints at sizzling conversations around the industry, their style statements, and the speed of some stars wrapping their films. Interestingly, this episode will be a midnight drop. 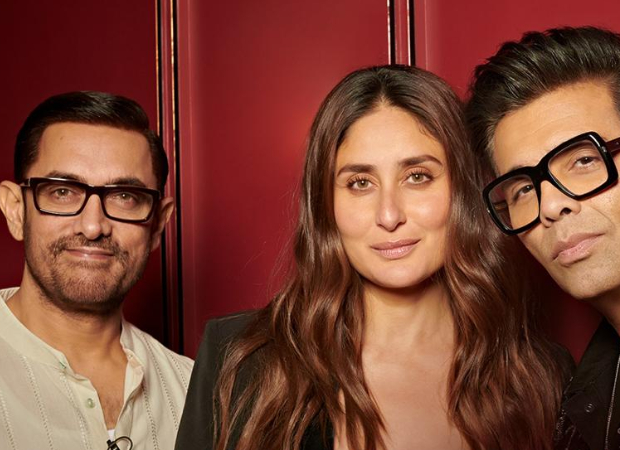 The much-speculated equation of Aamir Khan and host Karan Johar comes to light as the former displays a no-holds-barred personality on the show. “Whenever you do your show, someone or the other cries,” said the Khan candidly.

A duo you Khan-not miss!????
On the Koffee couch this episode, are two epic Khans and it cannot get more savage than this!#HotstarSpecials #KoffeeWithKaranS7 episode 5 streams this Thursday at 12am only on Disney+ Hotstar. pic.twitter.com/Eq6dKRh0Ab

Kareena Kapoor Khan, true to her reputation as Bollywood’s diva, brings to the episode her iconic ‘Poo’ self, especially when judging the fashion sense of others. Her sass by her side, Kareena Kapoor Khan points out how Aamir Khan finishes a film in over 200 days while Akshay Kumar does the same in 30 days. With the two explosive stars on the couch, this episode promises viewers on celebrities secrets, leg-pulling and a lot of fun.