Filmmaker Karan Johar is back on the coffee couch! Season 7 of Koffee With Karan aired on Thursday on Disney+ Hotstar with Rocky Aur Rani Ki Prem Kahani co-stars Ranveer Singh and Alia Bhatt. The two stars spoke about how their friendship came to be during Gully Boy, their married lives with their respective partners, and what it has been like the last two years during the pandemic. They also played the fun rounds of Koffee Bingo, Rapid Fire, and fun buzzer rounds. 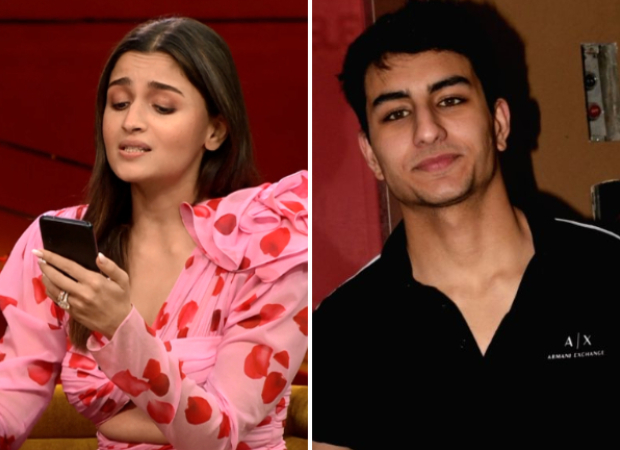 In the rapid-fire round, when the filmmaker asked Alia about the best compliment she has received for her performance in Sanjay Leela Bhansali's Gangubai Kathiawadi, the actress read out the message from her phone sent by Saif Ali Khan's son Ibrahim Ali Khan. He is working on Karan's directorial Rocky Aur Rani Ki Prem Kahani as an AD. Ibrahim's message to Alia read, "Had to remove the time to message you personally. I cannot believe this is the same lady, I learn from every time I am on set, you're just phenomenal. You're so so good as Gangu and seeing you as Rani and then watching this film, it's safe to say you mould yourself effortlessly, like water taking shape of its container. So so good! Best actress in this country." All the three stars couldn't stop laughing.