Ananya Panday recently confessed that she wasn’t bit by the acting bug of late! In fact, the Student Of The Year 2 actress had always wanted to be on camera since her childhood days and we got a proof of it recently. And she was accompanied by none other than her bestie Suhana Khan too who has been keen on following her father’s footsteps since she was a kid. The two of them actually acted together in the Shah Rukh Khan, Kajol film My Name Is Khan which was directed by Ananya’s mentor Karan Johar. But if you are wondering why you couldn’t see the two of them in the film, it was because their scenes were chopped! 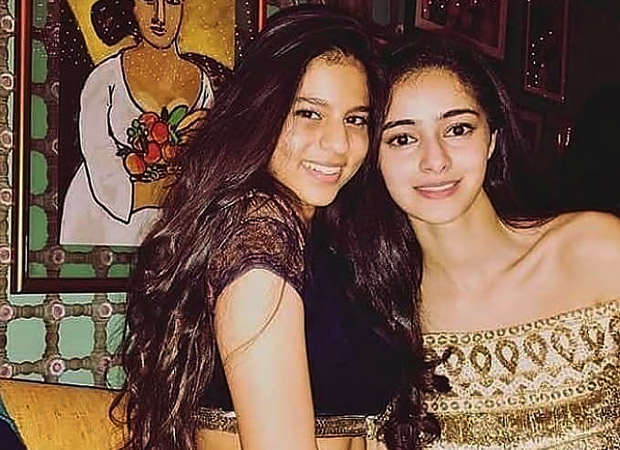 Did you know? Suhana Khan, Ananya Panday shot for the Shah Rukh Khan, Kajol film My Name Is Khan?

Ananya Panday spoke about her first acting experience which was in My Name Is Khan in recent reports. The actress revealed that she went to the sets of the Shah Rukh Khan film along with Suhana Khan who came there to visit her father. At that time, they were completing their U.S. schedule and Karan Johar was on a lookout for people who could be added to the background. He asked the twelve year old Ananya and the equally young Suhana to be a part of the crowd that he wanted as a part of the sequence and the two of them happily agreed. Further, Ananya spoke about how excited she was to be a part of the film and even recollected that she wore a pink jacket for the scene. She reminisced about how they took about 7-8 takes and how they ended up overacting in the scene in all their excitement.

As of now, Ananya Panday has already bagged her second film after Student Of The Year 2 and she has also started shooting for it. It is the Kartik Aaryan and Bhumi Pednekar starrer Pati, Patni Aur Woh, a remake of the 70s classic by the same name. On the other hand, Suhana Khan is yet to make her Bollywood debut and rumours of her soon featuring on the big screen have been doing the rounds for quite some time.