Khatron Ke Khiladi 11 has been making a lot of buzz over the past few months. In the first week, we saw phenomenal performances of several contestants who battled their fears. One among them was Telly Town's popular actress Divyanka Tripathi. 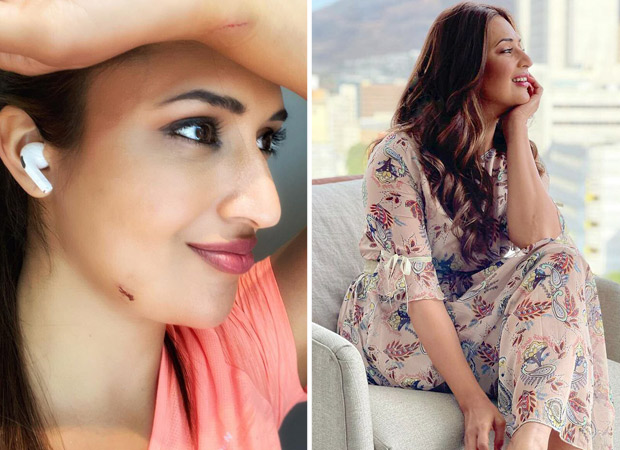 Divyanka, with utmost strength, managed to pick the deadly crocodile with her arms and put it into the cage fearlessly during a stunt. Divyanka's stunt not just impressed the audience and contestants but also the host and filmmaker Rohit Shetty. While performing the daredevil stunt, the Yeh Hai Mohabbatein actress also got injured.

The actress, in an Instagram post, shared a picture that exposes the cut on her chin which she got while performing the stunt. Apart from the tooth mark on the chin, Divyanka also has a crocodile claw mark on her wrist. Before the close view of her marks, she shared another picture in which she was posing in a beautiful floral printed dress. Sharing the pictures, the actress wrote a hilarious caption that reads, “ I love nature too much to carry Croc leather. I rather wear Croc tooth mark on my chin and Croc claw mark on my wrist!. (View image 2 to know what I'm talking about!) #KhatronKeKhiladi11 #FearFactor #FirstStunt #MedalOfTheDay #CrocodileMarks.”

Also Read: Khatron Ke Khiladi 11: Divyanka Tripathi leaves everyone and host Rohit Shetty stunned as she picks up a crocodile with her hands