Last Updated 04.12.2021 | 9:44 PM IST
feedback language
follow us on
Bollywood Hungama » News » Bollywood Features News » Kaun Banega Crorepati 13: “To hide the indication of my caste”, says Amitabh Bachchan as he reveals the story behind his surname

In the recent episode of Kaun Banega Crorepati 13, host Amitabh Bachchan mediated between a contestant and her father. Bhagyashree Tayade of Jalgaon, Maharashtra, revealed to Bachchan how her relationship with her family was fractured after she had a love marriage. 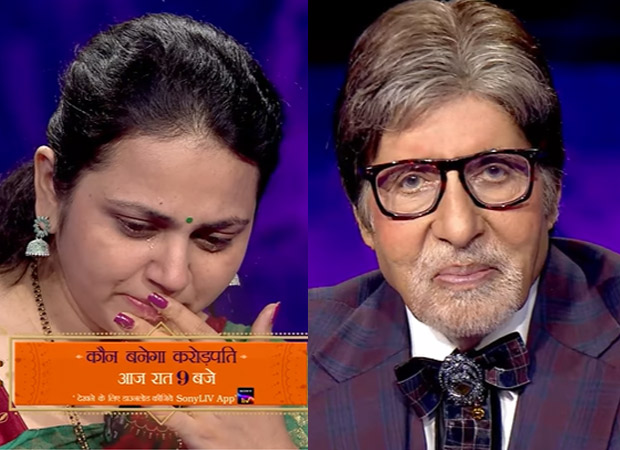 Bhagyashree also revealed that her father has not even met her newborn baby girl. After this, Big B asked her to look into the camera and deliver a message for her father, who might be watching the show. An emotional Bhagyashree apologised to her father. The actor also requested her father to please set aside his resentment and to restore his relationship with his daughter.

Further Big B explained the reason about why this conversation was personal to him. He said, “I take this personally because I am a product of an inter-caste marriage too. My mother was from a Sikh family, and my father was from a Kayastha family in Uttar Pradesh. Their families opposed for a while, but they agreed and all the bonds got restored. I’m talking about the year 1942.”

He revealed that his father, Harivansh Rai Bachchan intentionally chose the surname Bachchan. “My father deliberately gave us the name Bachchan, because the surname indicates caste. When I was about to get admitted to school, I was asked about my surname. Father and mother decided right then they wouldn’t give the surname of a caste, but would rather be the pseudonym of my father, his poet name, the name he used to write poems, it was to hide indication of my caste.”

Later, in the show, Big B called the contestant’s father and got the two to fix their relationship. Bhagyashree was overwhelmed and thanked KBC for this.