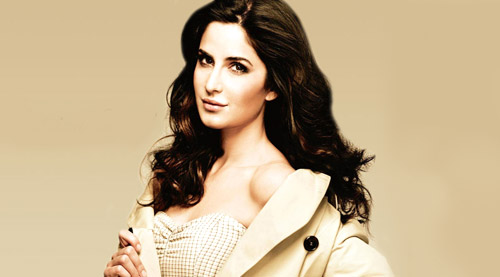 2015 is set to be a mighty year for Katrina Kaif. While she would first be seen in Phantom, a few months down the line her Jagga Jasoos will arrive as well. What makes her two films special is the fact that both are completely different from each other. Also, while former sees her pair up with director Kabir Khan for the third time (after a career defining New York and blockbuster Ek Tha Tiger), latter has beau Ranbir Kapoor for company with Anurag Basu as the man calling the shots.

To begin with, she talks about Kabir and his Phantom, which has Saif Ali Khan as the leading man.

"I like Kabir's method of working. His script sense is great due to which the content has turned out to be very exciting. Also, the way he calls the shots and the entire filming process is quite calm with some great fun. The way he directs is totally unique," says Katrina Kaif, who has come up with diverse performances in each of the two films she has done with Kabir.

While in New York she played the sensitive part of a terrorist's (John Abraham) wife, in Ek Tha Tiger she played an undercover agent who indulged in quite some action.

"Now with Phantom, he is coming up with something altogether new," says Katrina Kaif about the Sajid Nadiadwala production which is said to be centered on 26/11 terror attack, "With him, you are free as an actor and don't feel restricted. I started working on the film after Dhoom 3 and it was great fun because I didn't feel like doing yet another big song and dance film. I wanted to do something totally different."

Another different film of hers is Jagga Jasoos, the shooting of which has been taking place sporadically, as there are dates being juggled around.

"Anurag's vision as a director is very different," says Katrina, "He sees things from different angles. Moreover, after seeing his earlier films, most notably Barfi! , I wanted to see a different side of me too. I wanted to do something on the other side which is a little more quirky. Thankfully, Anurag comes with a very different kind of lens and from that, the world and his actors look totally different."

Meanwhile, she has Fitoor as her other under-production film which is set to release in 2015 as well, hence resulting in a power packed year for the actress. With the film and the character being entirely different from what she has done in the past, Katrina is glad to be working in an Abhishek Kapoor's film.

"What I look for is whether there is some sense of believability to the character I am playing and if the script as a whole does have its merits. I don't pick any and every film because I guess it would be very arrogant for an actor to do a film which is not right for you and you still do it due to any other reason. You have to look at everything in totality and only then give a nod of approval," she says.