Katrina Kaif is one busy actress. She is currently on a full-fledged promotional tour of her upcoming film Bharat starring alongside Salman Khan. With many TV and media interactions, the actress has made sure to have a gala while promoting her highly anticipated film. 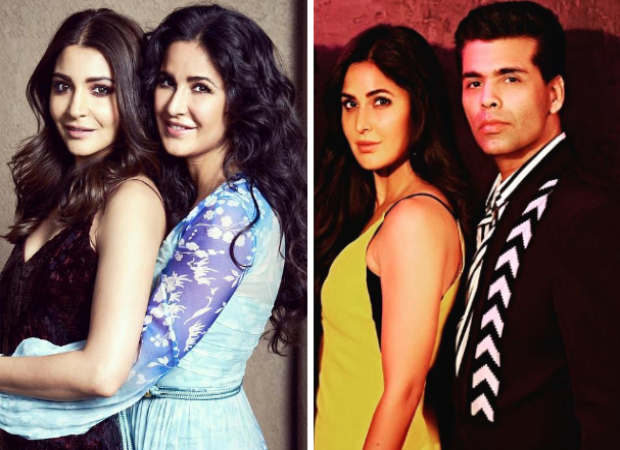 Katrina Kaif is known to have a close bonding with very few industry members. While she is friends with most of them, she is close friends with Anushka Sharma and Karan Johar. Anushka and Katrina have even worked together in Jab Tak Hai Jaan and Zero with Shah Rukh Khan. Recently, she was asked which actress has the right attitude and Katrina quickly said that she loves Anushka Sharma.

When asked what is the most precious thing that she has in her closet, Katrina revealed that Karan Johar gifted her a collection of sweaters that are very expensive sports sweaters. She had mentioned once that she loves oversized sports sweaters and then he gifted it to her.

Meanwhile, on the work front, directed by Ali Abbas Zafar, Bharat stars Salman Khan and Katrina Kaif in the leading roles. The film is set for Eid 2019 release.

ALSO READ: Katrina Kaif REVEALS she would choose Kareena Kapoor Khan if she were to have a same sex relationship