Kartik Aaryan and Sara Ali Khan's Love Aaj Kal hits the screens on Feb 14, and the actors are nearly done with their multi-city promotional tour. They began with Mumbai, and travelled to Delhi, Jaipur, Ahmedabad and Agra. The film heavily relies on Sara and Kartik's chemistry, and that has been the highlight of the promotional spree as well. The two of them are literally inseparable! 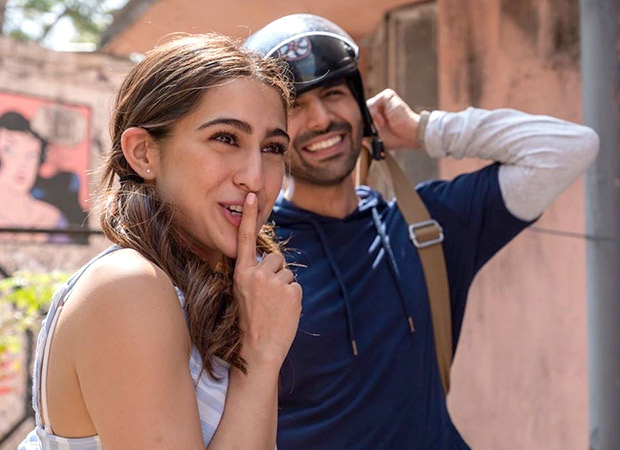 Latest, Kartik took to Instagram to share a BTS video wherein he and Sara are seen enjoying a bike ride in Mumbai. "Chalan Katega. Aur Mera Bhi," he captioned it. We guess Sara didn't approve of the caption! She dropped an angry emoticon in the comments section, and Kartik was prompt to reply. "Joke hai amma joke so jaa," he wrote.

We also came across quite a mushy photo of Kartik feeding some food to Sara, during a break. "Kaafi dubli ho gayi ho, Aao pehle jaisi sehat banayein," he captioned it. A special Love Aaj Kal bus has also hit the roads, and the actors were seen posing with it as they headed to a university campus in Delhi for a promotional event.

The film, directed by Imtiaz Ali, releases on 14th February.