Kareena Kapoor Khan, who is currently in London, has been enjoying her time with her family before she kicks off the schedule of Angrezi Medium. The actress is super thrilled to join Irrfan Khan for the shoot of the same. The actress, besides her series of film commitments, has also been focusing on her reality show and endorsements too. Recently, sharing a photo from one such endorsement campaign was her hairstylist who decided to take to Instagram to post this behind the scenes photo of Kareena during an ad shoot. 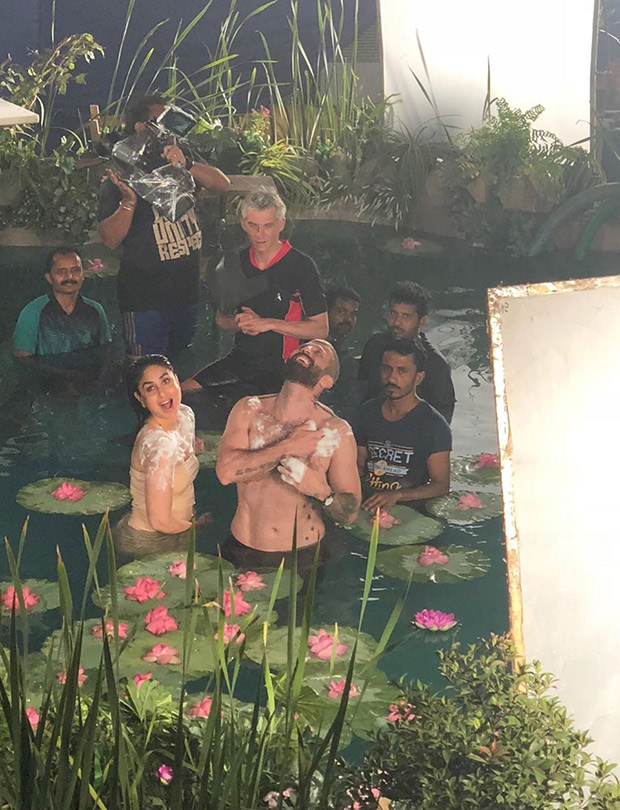 Her hairstylist Yianni Tsapatori shared this photo of Kareena Kapoor Khan getting all goofy while she shoots a scene for the brand Lux. Going by the soap all around her neck and shoulders, it looked like she was shooting a bathing scene for the skincare brand. Besides her, she was also accompanied by the crew including the cameraman and the hairstylist himself. The photo definitely gave us a glimpse of the fun memories that they shared during the shoot of the ad.

On the work front, Kareena Kapoor Khan will next be seen in Angrezi Medium in which she plays a pivotal role and the film also stars Radhika Madan. Besides this, the Akshay Kumar starrer Good News and the multi starrer Takht is in the pipeline too. The actress has also come on board for the Aamir Khan starrer Lal Singh Chaddha, that is a remake of the Hollywood classic Forrest Gump.