Ever since Bollywood actress Kareena Kapoor Khan marked her debut on social media, fans across the globe started following her immediately. She keeps her fans posted on her whereabouts through her Instagram feed and story section. As the actress is flying to Jeddah, she dropped a picture giving a sneak peek inside her plane. Interestingly, the photo features her husband and actor Saif Ali Khan. 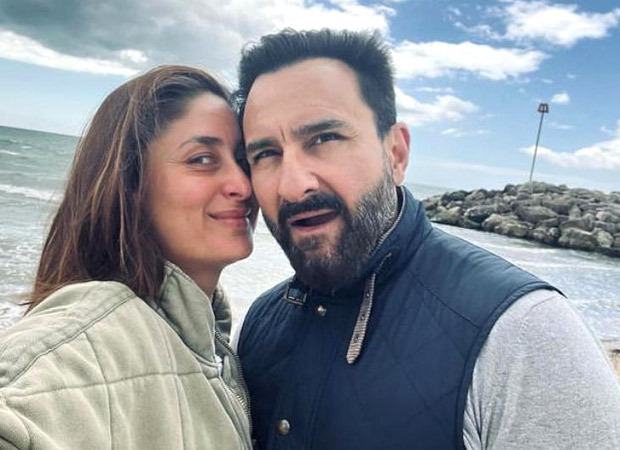 For the unversed, the star couple was snapped at the airport earlier in the day. Hours after their photos started making rounds on the internet, Kareena took to her Instagram story section and shared an adorable pic of Saif. In the photo, Saif, dressed in a white shirt, can be seen resisting from posing for a click as he tries to cover his face.

Captioning the photo, Bebo wrote a hilarious caption, which read, “And of course. Husband – stop taking my pictures for your gram. Me - can't stop, won't stop.” Kareena also added a heart emoji at the end of the note. On the other hand, the diva also added a timestamp that said: “Friday at 7:18 am.”

As mentioned earlier, the Ki & Ka actress is an avid social media user and her posts often grab the attention of the internet. A few days back, she had shared a multiple-picture post, in which she was seen channelling her famous character Poo from Kabhie Khushi Kabhi Gham. The photos suggested that the actress was getting ready for a shot.

Coming to her professional front, the 42-year-old actress was last seen in the Aamir Khan starrer Laal Singh Chaddha, which was released on August 11, 2022. She recently wrapped the shooting of her next film. The makers of the Hansal Mehta directorial have not revealed the title of the forthcoming film, yet. Apart from this, she also has a bunch of projects in her kitty, including The Crew, co-starring Kriti Sanon and Tabu.