Kareena Kapoor Khan’s talk show, What Women Want, is on for the second season and her fans have been eagerly waiting to hear the show. It was earlier revealed that her mother-in-law, Sharmila Tagore, will be gracing the first episode of the season. On the show, Sharmila expressed her concern regarding the kind of social media attention Taimur has been receiving; it is going to play a major role when he grows up. 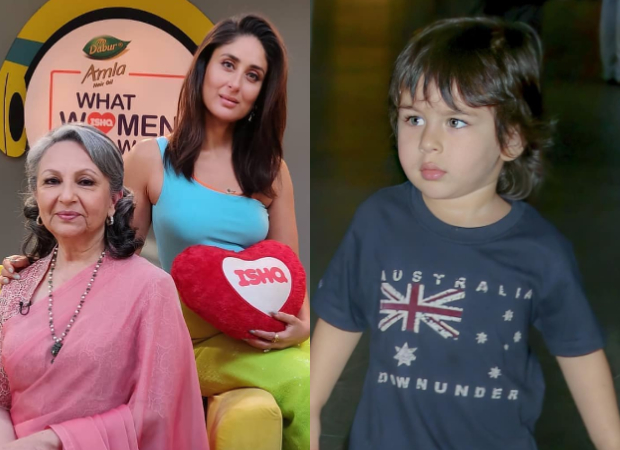 She also said that social media builds you up just as quickly as they dump you, so how it influences Taimur is going to be out of Kareena and Saif Ali Khan’s control. She said that whenever Anushka Sharma and Virat Kohli decided to have a kid, the media will relegate Taimur to which, Kareen quickly replied, ‘I hope so!”

Well, we do feel that the paparazzi take it a tad bit too far when it comes to Taimur, what do you think? Do let us know in the comments below.

Also Read: Good Newwz Promotions: Kareena Kapoor Khan’s latest look is proof of why she is the queen of fashion