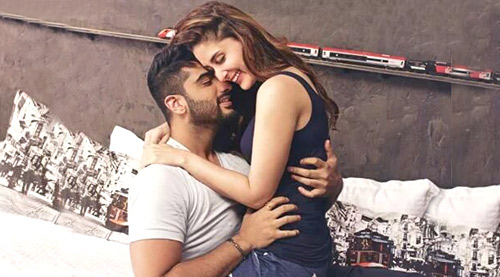 Ki & Ka has released and this Kareena Kapoor Khan and Arjun Kapoor starrer has turned out to be a fun watch. What is also notable is the USP of the film, that of Arjun deciding to stay at home and look after the domestic affairs, even as Kareena picks up responsibilities to fend for the family while being a corporate bigwig.


So, when Balki thought of the idea first, was he making an intentional call towards a role reversal of sorts?


Disagrees director Balki, "No, this is not a film about gender reversal. See, in the past too, there have been many films made across the world where women have worked and men have cooked. However, we are taking it to the next level. We are saying that it is all about the freedom of choice for the two individuals who are married to each other. If you make this decision and execute it well, it actually doesn't change anything in a relationship. Really, it is no big deal; it is all just in the mind."


After making three distinct films like Cheeni Kum, Paa and Shamitabh, Balki had started contemplating making a love story next.


"It had to be different from the rest though," says Balki, "If you see love stories that are made, majority of them end with a marriage. It gives an impression as if life after marriage is boring and hence not worthy to be told on screen in an entertaining way. However, that's not true. Why can't you have a love story after marriage? Why can't life after marriage be cool?"


This is when the germ of an idea came to Balki's mind and he started working on Ki & Ka.


"What fascinated me was this character who wanted to be like his mother, especially after marriage," chuckles Balki, "Most boys want to be like their father. However Kabir (Arjun Kapoor) wants to be like his mother. That's what he has thought for himself, and he is content with that. Ki & Ka started with that thought."


Balki was sure that he wanted to stay away from the clichÃ©s and also keep the mood of the film light and entertaining.


"That was a given," says Balki, "Ki & Ka is a simple, light film. It is fun and non-preachy. It is not designed as a gender bashing film. Most importantly, there is no 'bhaashanbaazi' out there."


Now that's something which we indeed agree.