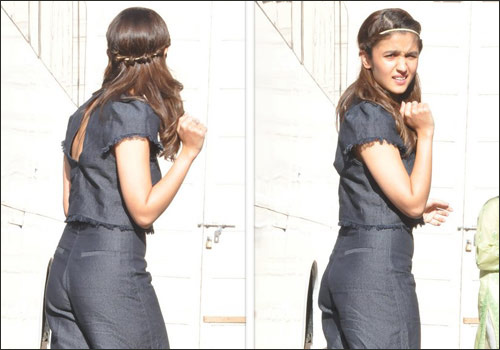 It has been a rocking weekend, despite the heat wave, and before the week's stress starts to seep in, start your Monday with a dash of glitz and glamour. For all movie buffs

who think they know their favourite stars, here is yet another Guess Who on Bollywood Hungama.

This week's mystery star is currently one of the most sought after actress in B-town. Hailing high on the success of her recent release, the actress is now gearing up for her next, which is a

thriller with a lot of grey elements. The film world has been a part of her life since childhood and she is one actress who is uninhibited about experimenting with roles. She even considers one of

the senior actresses from the industry as a source of inspiration.

If you think you know who we are talking about, then go ahead and give this week's Guess Who a shot and post in your answers in the comments section below.