Karen Johar gets emotional as his major family saga Kabhi Khushi Kabhi Ghum is about to complete 20 years on December 14, 2021. It's been 20 years since this family drama became everybody's favorite and has been a go-to movie ever since. The film starred Amitabh Bachchan, Jaya Bachchan, Shah Rukh Khan, Kajol, Hrithik Roshan and Kareena Kapoor, with a special appearance by Rani Mukerji. 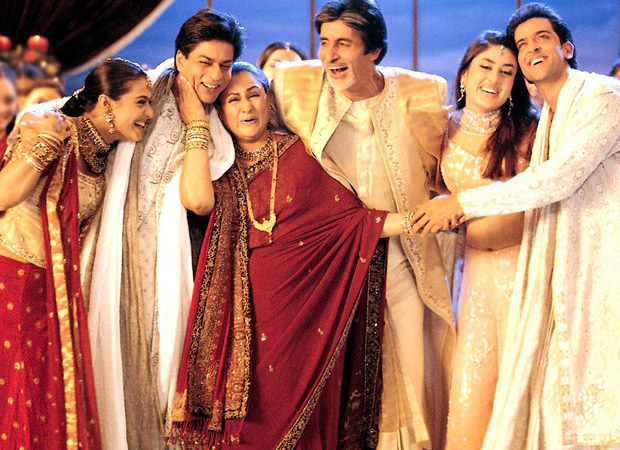 A week ahead of the anniversary, the director shared a special note for his second directorial endeavor on Instagram. Karan Johar took to social media and penned a huge note ahead of the 20th anniversary of Kabhi Khushi Kabhie Gham. “It's going to be 20 years and I still feel the euphoria of having this film released on the big screen and people going to watch it. But I feel the impact sank in for me much later. And that feeling hasn't stopped ever since,” Karan Johar jotted down, adding, “I see all the videos, all the occasions this film's music is a part of, all the dialogues people have now inculcated in their daily life and of course - the fashion!! At the heart of it, I also see that after all this time - it's all about loving your...family (sic).”

Last year, the Bollywood filmmaker spoke about how certain characters from the movie have thwarted the test of time. Specifically, the director spoke of Poo/Pooja played by Kareena Kapoor Khan.

On the work front, the famous Karan Johar is currently in Delhi shooting his forthcoming movie Rocky Aur Rani ki Kahani which stars Alia Bhat and Ranveer Singh in lead.