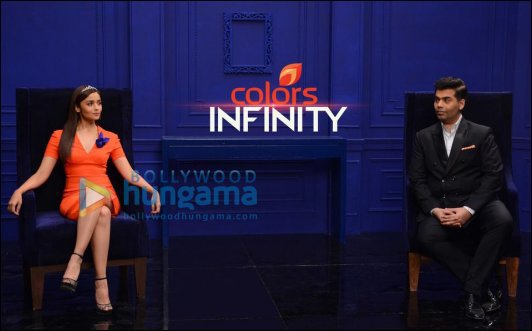 Just yesterday there were reports that Viacom 18 announced a new channel Colours Infinity and Colours Infinity HD. Now we hear that two of the biggest names in Bollywood, Karan Johar and Alia Bhatt have played an integral part in developing the channels.


In fact we hear that the duo is responsible for curating and designing an addictive show line-up for the channel. Tweeting about the same Karan Johar added an image and posted, "Bringing the coolest English series to town!! Taking television to new horizons."


As for the channel itself, Colours Infinity will feature acquisitions from major production houses like Warner Bros. International Television Distribution, NBC Universal, Sony Pictures Television, Twentieth Century Fox, Lionsgate, MGM, BBC and Endemol Shine amongst others. Apart from this, the channel also boasts of both scripted and unscripted content that will span genres such as Drama, Superheroes, Comedy, Fantasy, Crime and Thrillers.