Get ready for another enthralling weekend with television’s most loved comedian Kapil Sharma, as he will be seen welcoming the Nawab of Bollywood, Saif Ali Khan on his show. Saif will be gracing the set with the entire star cast of his upcoming film Jawaani Jaaneman - Tabu, Chunky Pandey, Alaya F, Fareeda Jalal, and Kubbra Sait. 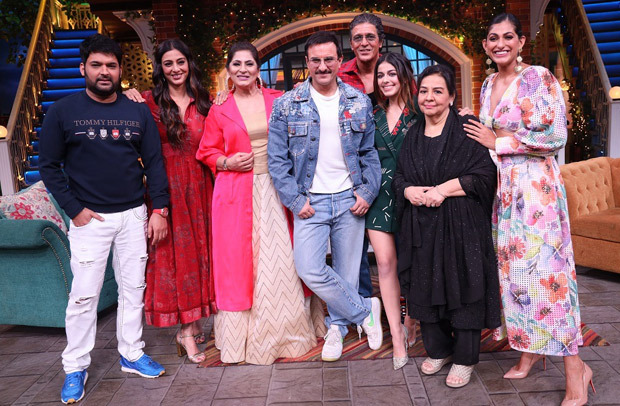 Saif Ali Khan visited the set for the very first time and had his best time with the cast. We all know that the Nawabi Bollywood couple – ‘Saifeena’ has continued to be the talk of the town for giving us some major relationship goals. Paparazzi’s favorite celebrity kid Taimur Ali Khan has also left no stone unturned to make the heads turn. In the show viewers’ will have an entertaining evening as Saif will be seen spilling out some beans about Taimur.

Out of curiosity, Kapil nudged Saif Ali Khan to open up whether he performs all the basic chores as any other common man does. On asking if Saif ever commutes with auto-rickshaw, the actor admits, “A lot many times I travel in auto-rickshaw because it is more convenient to travel in a smaller vehicle when you are in Mumbai’s traffic. The last time I travelled in an auto-rickshaw, I went out with Taimur for a ride.”

When asked if he has ever slept in terrace or veranda, he shares, “I remember when I used to go to Pataudi, I used to sleep in the veranda with my grandmother in an open space.” 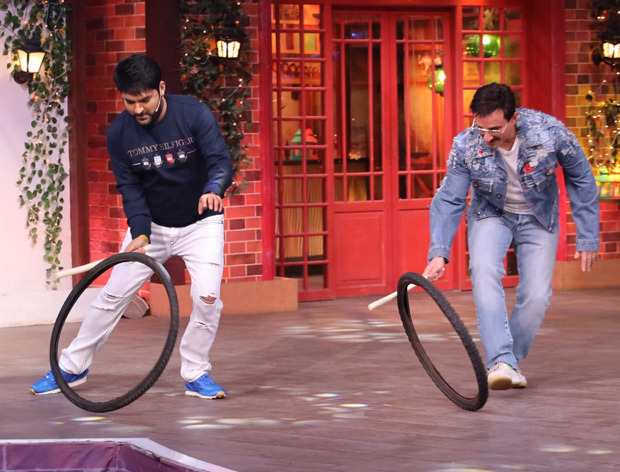 The actor added that like any other common man he has done private 9 to 5 jobs to earn his living and has even stolen a couple of bucks from his father’s wallet in his childhood.

The conversation went hilarious when Kapil enquired Saif about his pet name given by his wife Kareena. Saif ignored the question and pulled his leg for flirting with Kareena when she came on the show for the promotions of Good Newwz.

ALSO READ: EXCLUSIVE: When Taimur Ali Khan had a field day with Saif Ali Khan and Kareena Kapoor Khan on the sets of Jawaani Jaaneman