Sony Entertainment Television's most renowned show, The Kapil Sharma Show, was filled with laughter and joy in the presence of veteran actor Anupam Kher and Esha Gupta who promoted their film, One Day: Justice Delivered. The weekend episode will mark the reunion of Kuch Kuch Hota Hai duo Mr. Malhotra and Mrs. Briganza aka Anupam Kher and Archana Puran Singh. 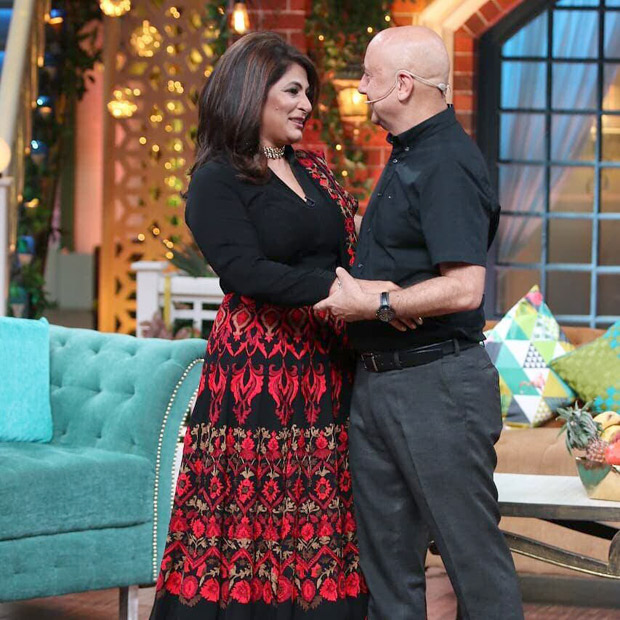 In the episode, Archana Puran Singh opened up about why she had refused to kiss Anupam Kher on-screen in the film, Ladaai. She also revealed how she was moved by the actor's gesture after that. Archana recounted, "When we were shooting for the film Ladaai, Deepak Shivadasani planned a kissing sequence between me and Anupam. When I got to know this, I was nervous as I'd never done an on-screen kissing scene before. I called Deepak and informed him that I won't be able to do it, but then I don't know what made Deepak remove the sequence completely."

Archana Puran Singh, on the show, asked Anupam Kher whether he feared kissing her since he was married to Kirron Kher. Anupam responded, "I wasn't fearing Kirron... but considering you weren't comfortable doing so, I requested Deepakji to remove it completely."

On the work front, Anupam Kher will be next starring in One Day: Justice Delivered alongside Esha Gupta. The film is slated to release on June 28, 2019.