The Kapil Sharma Show will be graced by iconic Indian singers Sonu Nigam, Hariharan, and Shaan. In the promo of the upcoming episode, a conversation between Sonu and Kapil was featured. 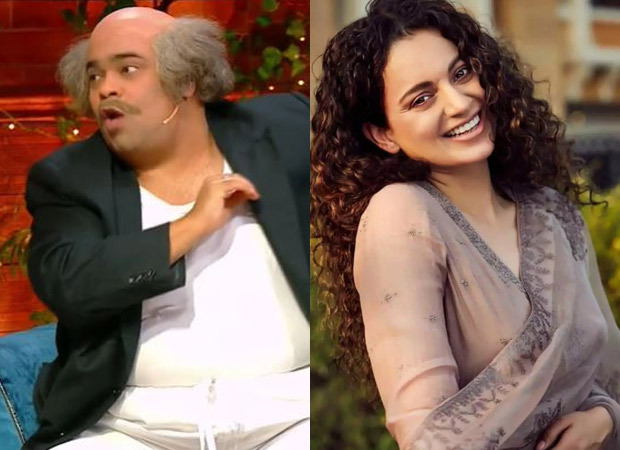 Kapil spoke to Sonu about his experience in the industry and the idea of starring in a music video. Archana Puran Singh also compliments Sonu's confidence on camera as she calls him "very natural". Sonu also jokes about his previous attempt at acting referring to his film Jaani Dushman: Ek Anokhi Kahani. He jokingly said that his acting career was so great that he left it behind for good.

Later in the video, we see Kiku Sharda as the old lawyer appear on stage. During his conversation with Sonu, he takes a dig at Kangana Ranaut. "Sonu ji, main aapse kehena chaah raha tha, ki yaha mera case chal raha hai court mai, tho meko na gawah ki zarurat hai, tho mujhe chudio ki gawahi chahiye, app dila doge?”( Sonu ji, I have an ongoing court case and I am in need of a witness, I want bangles (chudiyan) to be my witness, can you get them to be my witness?)," Kiku said.

Interrupting him, Kapil asked how bangles can be a witness, to which Kiku recalled Sonu's popular song 'Bole Chudiyan, Bole Kangana' from the film Kabhi Khushi Kabhie Gham. Kiku further said that Kangana has already said a lot of things and he wants ‘chudiyan’ to speak now. The statement left everyone in splits.