In the upcoming weekend, comedian Kapil Sharma’s show will be graced by singers Sonu Nigam, Hariharan, Shaan, Sameer Khan, Talat Aziz and others. They will share some interesting anecdotes and have fun with the show’s cast members. 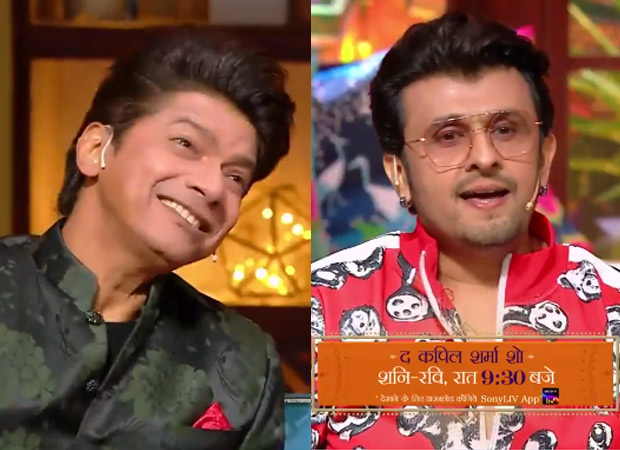 In a recent promo shared by the makers, Kapil is seen giving some balloons to all the singers and askes them to inhale the helium gas and then sing their popular songs. It starts with Shaan singing 'Chaand Sifaarish' in a childlike voice, followed by Hariharan crooning 'Chappa Chappa Charkha Chale' and Sonu Nigam singing 'Abhi Mujh Mein Kahin'. This leaves everyone in splits and Kapil jokes, “Ye soch rahe honge bade bade singers se ye karva rahe hain, sharam nahi aati (They must be thinking what are we doing with such big singers)”.

During the episode, Archana Puran Singh will tell Sonu Nigam, “You are so effortless in front of the camera. Why don’t you act?” To this, the singer sarcastically replied, “Mera Jaani Dushman ka experience itna acha raha hai ki maine socha yahin se namaste kar leta hun (I have had such a great experience during Jaani Dushman that I thought let’s just not try further.)”

Fans are super excited for the episode to air as the promo look super fun. This weekend, Sonakshi Sinha will also appear as a guest on the show.

The Kapil Sharma Show airs on Sony TV every Saturday and Sunday at 9.30 pm.