Sara Ali Khan - Her strong on-screen presence compliments her affable off-screen one. Two films old, Sara had us rooting for her, courtesy her unmissable wit, charm and intelligence and also a distinct style game. The millennial dabbled in all kinds of style that were conspired with her fashion stylist Tanya Ghavri. 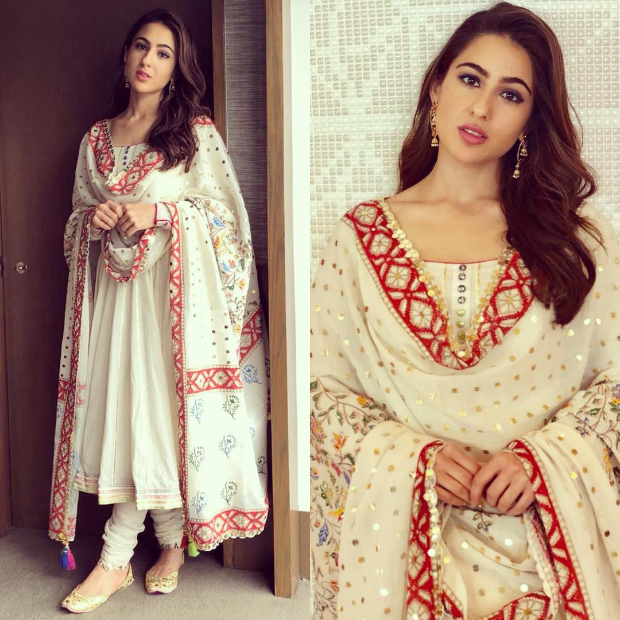 Stepping out for an event, Sara opted for a Sukriti and Aakriti ethnic ensemble. 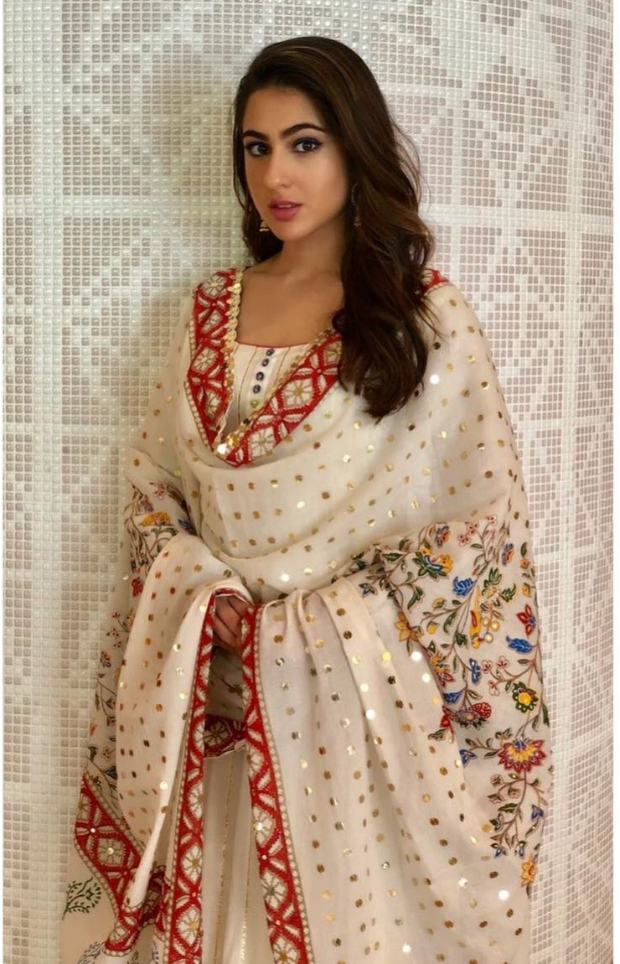 The Anarkali churidar was complemented with an intricately embroidered dupatta. 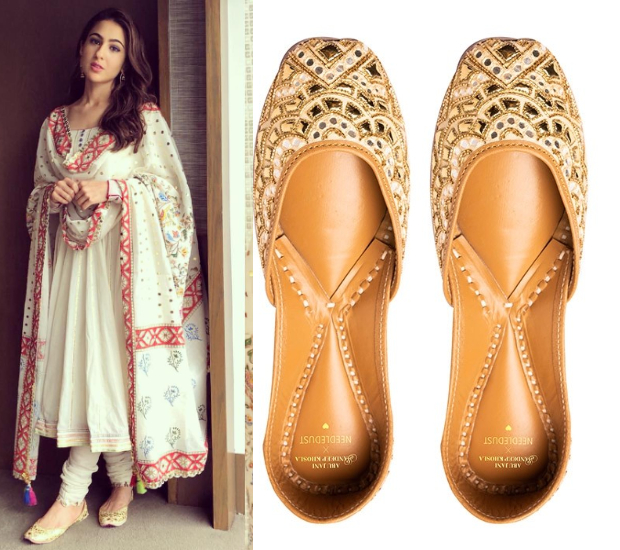 A pair of Darpan juttis, worth INR 7,800/-from Needledust upped the look. 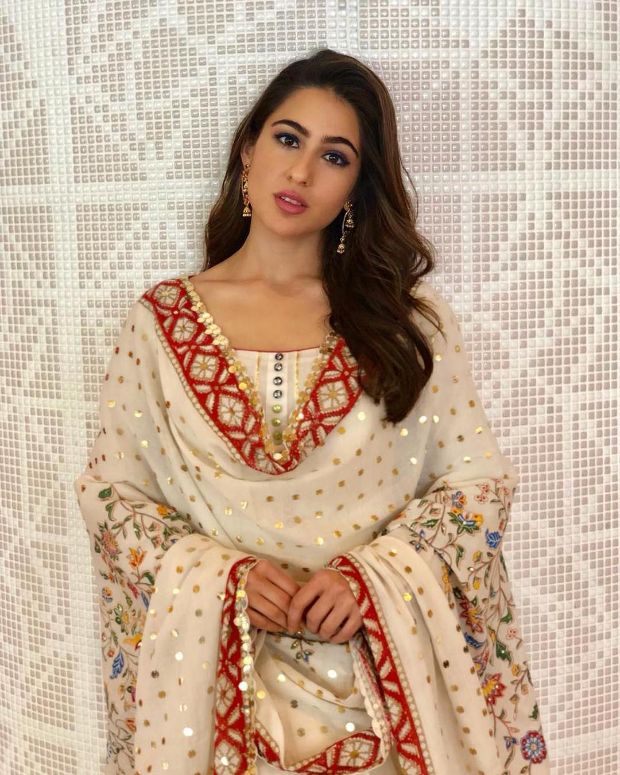 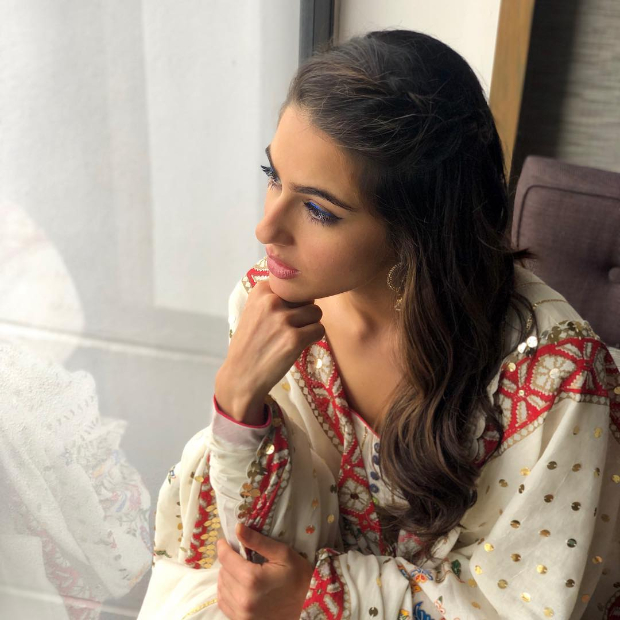 On the professional front, Sara Ali Khan debuted in Kedarnath opposite Sushant Singh Rajput. She also featured in Rohit Shetty’s Simmba with Ranveer Singh that has emerged to be the third highest grossing Hindi film of 2018.