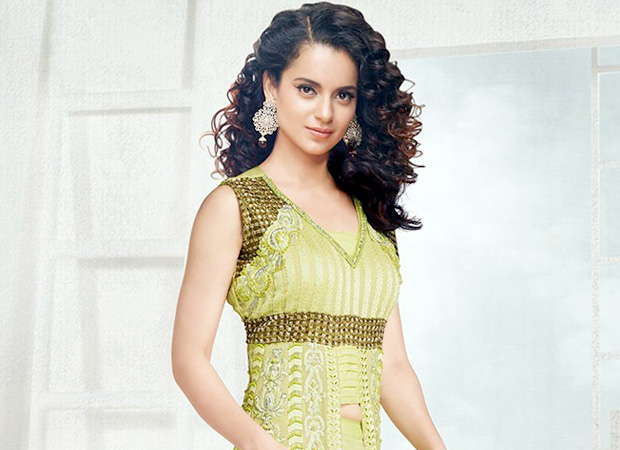 The verdict is out. The much-talked about Kangana Ranaut film Simran has been criticized left, right and centre, not just by the critics but even the audiences. It ended week one at the box office with just Rs. 15.48 cr. And going by the trends, it will end up with around Rs. 18-19 cr lifetime business. This means that the earnings will be less than the collections of Kangana’s 2015 debacle Katti Batti (Rs. 24.41 cr) and it will be on the same lines as Rangoon (Rs. 20.68 cr). And needless to say, both these films were big disasters. After the grand success of her film Queen in 2014 and the blockbuster verdict of Tanu Weds Manu Returns in 2015, Kangana Ranaut was seen as the next big thing in Bollywood. But all these claims today have fallen like a pack of cards. Forget being one of the leading actresses of Bollywood, the collections of Simran will be in the same range as Bipasha Basu’s debacles like Alone (Rs. 19.35 cr) or Creature (Rs. 17.7 cr)! And that’s quite a BIG fall for the actress who had sent press releases to everyone in the media in 2015 that she’s the highest paid actress of Bollywood and hence she’s better than the rest.

Anurag Kashyap had once said that “Every poster boy becomes the dart board”! This adage fits Kangana Ranaut perfectly today. She became too big for her boots post the success of Queen and Tanu Weds Manu Returns but she forgot one basic thing – her high-handedness and snobbish attitude will only isolate her, not make her the next big thing. And that’s what has happened today. Her enemies are obviously having a field day celebrating the debacle of Simran. But even her so-called friends in the media have turned her back towards her. She tried to woo them by having exclusive screenings of her film much before release. But even they have mocked the film. And why wouldn’t they? Just because they cheered her when she was positioning herself as the ‘epitome of feminism’, did she expect them to do the same for her (bad) films as well?

Kangana Ranaut was hailed by a section of society after her interview on ‘Aap Ki Adalat’ was aired and went viral. But somewhere, she was talked about more than the film and this was a very terrible and a stupid PR exercise and as evident by now, it has backfired horribly. In fact, a week or two before Simran’s release, her PR team positioned her as the Aamir Khan of Bollywood, probably to ward off the so called interference tag in her projects. But unlike Aamir Khan, whose creative inputs takes his films to dizzying heights, in case of Kangana Ranaut’s films, the opposite seems to have happened (More on this later!). What world is she living in? This has nothing to do with her being a female. It’s just a basic fact that his film career is almost as long as her age. He has built his audiences over decades of hard work and quality work. Kangana Ranaut is not even half way there. Hence, she should stop competing with her seniors, male or female, and focus on ‘building’ her acting career properly.

In fact, Kangana Ranaut, it seems, has realized this already. When Simran opened at Rs 2.77 cr on Day 1, this so-called Queen forgot all about Aamir and started comparing herself to the Rook (Farhan Akhtar) as her film overtook the latter’s Lucknow Central. But nobody was impressed. In fact, it was laughable to see her being happy that Simran is doing better than Lucknow Central. Farhan Akhtar’s film after all was never in the competition.

I Love NY, Katti Batti, Rangoon and now Simran – four consecutive films of Kangana Ranaut have collected less than Rs. 25 cr as lifetime collections. Her kingdom or rather her ability to attract audience has shrunk and she has bitten the dust as many as four times in two years. The tag of the ‘Queen’ may remain but she will be tagged the ‘Disaster Queen’ from the trade perspective if her films do not guarantee the same ‘taalis’ (and moolah) like her ‘Aap Ki Adalat’ interview. And that’s what matters at the end of the day. Her power-packed interview won’t help her get more work but a good box office performance of her films would definitely help her in the long run.

Apart from her blasting skills wherein she accuses all her detractors to be wrong and she being the right one ALWAYS, her other issue is her interference in her film projects. And now it has become obvious that it spells doom for her films. Watch Simran and one realises that it doesn’t look like a Hansal Mehta film at all. This was bound to happen when one undermines the directors and writers on sets. She tried to justify by saying they were insecure since she’s a female but here, the feminist card is a complete fail. Those directors were doing their job and everytime Kangana Ranaut intervened or the media speculated about it, those projects tanked. In case of Simran, it doesn’t take a Sherlock to guess that she has thrown her weight around a lot. One look at the film and even the ones who wouldn’t have believed the gossip stories from the media about her interfering with the shoot would believe it. The film became her showreel rather than the story of her character. “No actor is bigger than the script,” said the great Dilip Kumar. Its time she realises that herself.

God knows what will happen to her next film Manikarnika – The Queen Of Jhansi, that releases on April 27, 2018. It’s a biopic on Rani Lakshmibai and is quite a big film mounted on a huge scale. The cost of the film definitely is quite staggering. Simran earning less than Rs. 20 cr is still not that bad. But Manikarnika – The Queen Of Jhansi earning similar collections will seal Kangana Ranaut’s fate once and for all. Definitely, it has more appeal than the niche and urban Simran. But one also can’t ignore the fact that the box office credibility of Kangana Ranaut has already got affected and this can definitely prove detrimental. An Alia Bhatt or a Deepika Padukone in this film would have still made it a safe project but with the ‘Disaster Queen’ at the helm, all we can say is God Save the Queen…and the film too!

As we end this piece and coming back to Simran, we are sure Apurva Asrani would be laughing all the way to the bank for the way the script credited to Kangana Ranaut has been panned all across! As they say, God works in mysterious ways!