Alia Bhatt is all set to reunite with Varun Dhawan for the fourth time on big screen in the upcoming period drama Kalank. The film,  helmed by 2 States director Abhishek Varman,  is a multi-starrer including Madhuri Dixit, Sonakshi Sinha, Aditya Roy Kapur, Sanjay Dutt and Kunal Kemmu in pivotal roles. As the cast and crew have been shooting rigorously, they began the final schedule of the film in Bhopal earlier this month. And now the film has been completed. 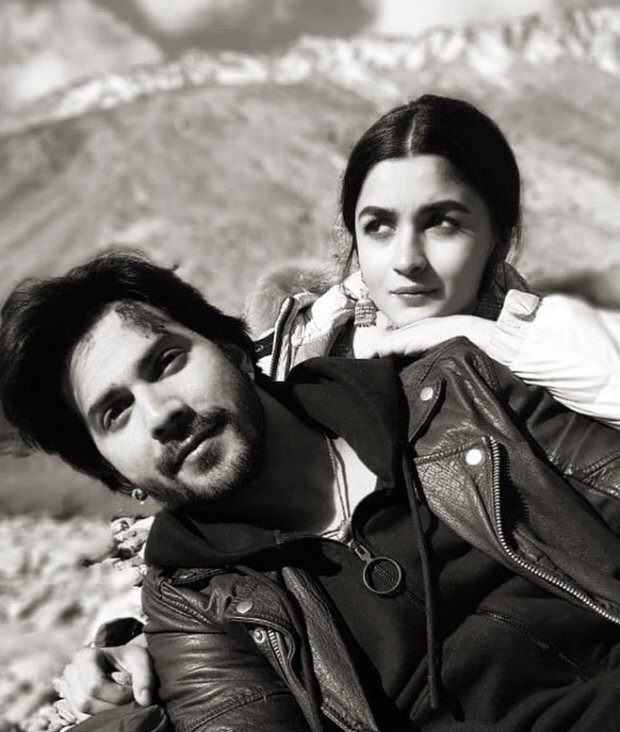 It's a wrap for Alia Bhatt and Varun Dhawan on their fourth film together. After starring in three love stories, the pair is set for their first-period drama together. Marking the wrap up, Alia shared a lovely black and white photo from a picturesque locale. She captioned it, "& it’s a film wrap for Varun on KALANK.. Our 4th film completed together and he still manages to surprise me with his hard work and crazy energy everyday.. Also manages to make me laugh like a crazy person by just being himself.. I can’t can’t can’t wait for you guys to see the stuff he’s done with his character in the film!!!! #KALANK."

Varun Dhawan shared the same photo and wrote, "Wrapped @abhivarman motion picture #KALANK last night. It’s my 4 th film with @aliaabhatt wow and it always feels like it’s new. She’s amazing in the film but one thing she’s done great is run very well and I’m proud of her lol. Shanaya,Kavya, Vaidehi and .... wait for it u guys are gonna be as blown away as I was by her. All our fans we work dam hard just to make sure we don’t let u down and hope we dont. First time working with Adi,sona,madhuri maam and Sanju sir has been top class. This cast and crew has put in every thing. Also @karanjohar and #sajidsir are the best bosses to have. Get ready for our biggest film and my toughest role #kalank."