Kajol, who was last seen in Dhanush starrer VIP 2, is back on the sets of Pradeep Sarkar's Eela. The shooting began in the month of January 2018. After spending holidays with family on the occasion of her wedding anniversary, Kajol is back on the sets. The actress had a surprise visitor on the sets recently and it was none other than Mahesh Bhatt. 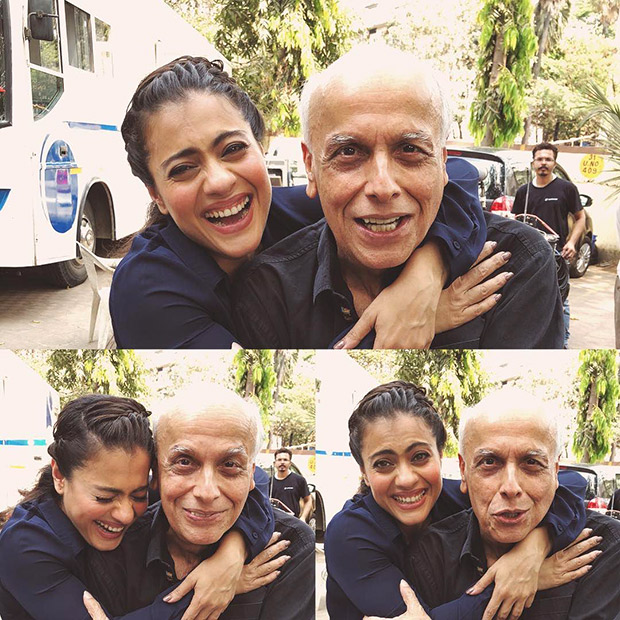 Kajol seemed to have had a great and fun time meeting Mahesh Bhatt on sets of Eela. The actress took to Instagram to share a picture where the two of them are caught having a really good time. She wrote, "Funny riveting and generous! All rolled in one ! Thank u Bhatt sahab."

Needless to say, Kajol and Mahesh Bhatt seemed to have had a good time in each other's company. On Twitter, Mahesh Bhatt replied, “The magic is YOU! The moments we spent together on the sets EELA will flicker in my memory for a long , long time. This film is going to be a game changer.”

On the work front, Eela is An adaptation of Anand Gandhi’s popular Gujarati play ‘Beta Kaagdo’ [Son, Crow] and is produced by Kajol’s husband Ajay Devgn and Jayantilal Gada (Pen India Limited) the film. Kajol will essay the role of an aspiring singer who is also a single mother. Besides this, she will be seen doing a cameo in Shah Rukh Khan's upcoming film, Zero.

Also Read: Kajol begins shoot for her next film Eela