Bollywood actor John Abraham is often seen doing high octane bike sequences in his films. Being a bike enthusiast, the actor loves to do intense action sequences on screen especially the ones involving bikes. Currently, the actor is shooting for his upcoming film titled Attack and shared a picture from the sets of the film. 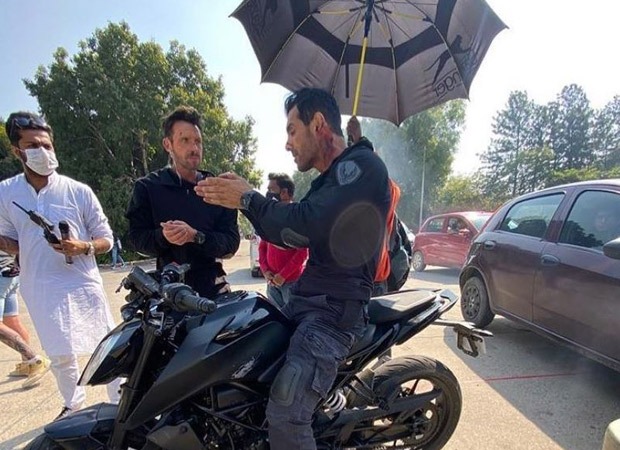 In the picture shared by John, he is seen discussing an action sequence with a crew member while sitting on a bike in his costume. We also see fake blood on his face. Sharing the picture, John wrote, "Doing what I do best on my favorite place. #Action #bikes.”

Two days back, he shared a video of the team rehearsing for an action sequence in an indoor setup. Sharing the video, he wrote, "Back to Attack!!"

Directed by Lakshya Raj Anand, Attack also stars Rakul Preet Singh and Jacqueline Fernandez. The shoot of the film will be most likely wrapped up this month.

Meanwhile, John will next be seen on screen in the film Satyameva Jayate 2 directed by Milap Zaveri. The film will hit the theatres on May 14.