Disney+ Hotstar and Marvel Studios invite you on an unexpected holiday getaway, unwrapping the official trailer and teaser poster for Hawkeye, a new series set in post-blip New York City. Former Avenger Clint Barton has a seemingly simple mission: get back to his family for Christmas. Possible? Maybe with the help of Kate Bishop, a 22-year-old archer with dreams of becoming a Super Hero. The two are forced to work together when a presence from Barton’s past threatens to derail far more than the festive spirit. 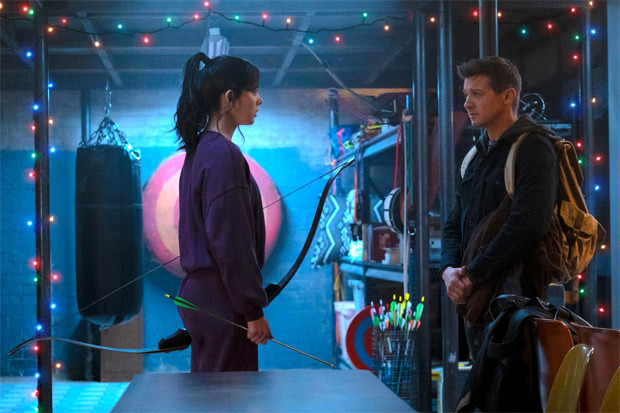 At the end of Avengers: Endgame, Clint had reunited with his family after Thanos had wiped out everyone. The five absence of them led him to the dark path as he turn a violent vigilante. The trailer of the Hawkeye series put Christmas at the forefront as Clint wants to celebrate the occasion with the family putting his past behind. But, not everything goes as planned. A new character has taken over New York who is wearing Hawkeye's old outfit. After investigating, Clint meets Kate Bishop (Hailee Steinfeld). Kate, who calls herself "world's greatest archer", is overjoyed to meet Hawkeye. The trailer shows them teaming up to take on the villains. The arrows, action scenes, and rescue missions. There are multiple comic book references.