This upcoming weekend will be the most prolific nights for the viewers of Sony Entertainment Television most renowned show Indian Idol as it will be graced by Rekha for not just her beauty and grace but also her acting prowess! The host Jay Bhanushali, judges and young talented singers are super excited to have the biggest diva of the Indian Film Industry Rekha on board as a chief guest and make sure everyone gets entertains by her charm and charisma. 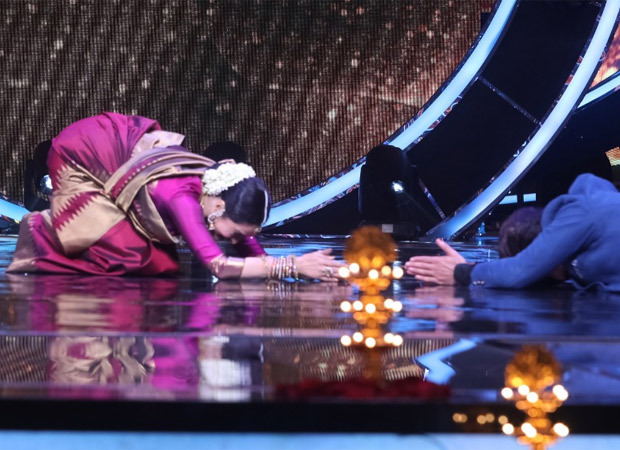 Anjali Gaikwad led a performance on the song Piya Bawri and Yeh Kya Jagah Hai as a tribute to Rekha which was highly praised by everyone present on the sets. Looking at the entertaining performance, Rekha said, “Anjali, you are a soulful singer. I feel blessed after listening to your voice, it's incredible.” She further adds “Main Maharashtra ki beti ki nazar utaarna chahti hoon” and post that the host Jay Bhanushali who is known for his quirky timing request’s Rekha Ji to dance on the song ‘Nigahein Milane Ko Jee Chahta Hai’ to which the renowned actress agreed and gave a boastful performance on the same which later received a sashtang dandavat from the host and contestants.

Take a look at the picture, here. 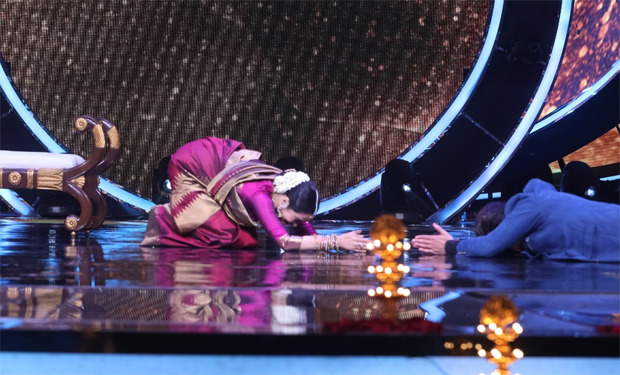 Also Read: From dancing in sneakers to gifting a saree to Neha Kakkar, here’s how Rekha had a great time on Indian Idol 12