Actress Jasmin Bhasin is an active social media user and often shares her life updates on it. The actress enjoys a massive fan following of 6.5 million followers on Instagram and her feed looks no less than dreamy. Jasmin often treats her fans with dazzling pictures and goofy reels. 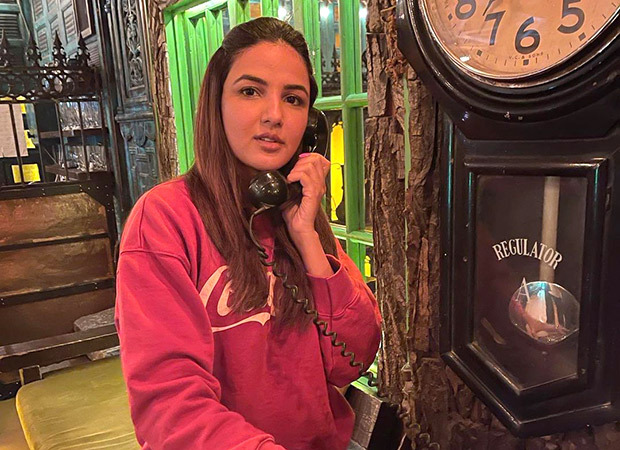 Jasmin Bhasin shares a quirky photo asking ‘What is your mobile number’; gets hilarious reaction from boyfriend Aly Goni

Recently, the actress shared a quirky photo of herself holding a telephone. Jasmin can be seen dressed in a comfortably athleisure co-ord set comprising of a casual pink pullover and track pants. The picture, with a vintage vibe, has got fans swooning over her simplicity and beauty. In the picture, Jasmin is seen holding a phone near her ear. Sharing it, she captioned the photo as "What is your mobile number."

While the thing that attracted eyeballs is Jasmin's boyfriend Aly Goni's reply to the post. Taking to the comment sections, Aly wrote, "9125 let me take u to the sky".

Meanwhile, on the work front Jasmin Bhasin was last seen in the music video 'Honeymoon' opposite Gippy Grewal.