Janhvi Kapoor is all set to floor us with her amazing performance in Dhadak with Ishaan Khatter and is leaving no stone unturned to make sure that she promotes the movie well with her team. After all, she has said more than one time that her performance in the movie is a tribute to her later mother, legendary actress Sridevi and that she wants to make her family proud with her first outing as an actress of a feature film. While people are raving about the trailer and songs of the movie, they are also talking about the uncanny similarity she shares with her mother, appearance wise. She addressed this in a recent interview and also revealed that she confused herself for her mom in one scene from the film. 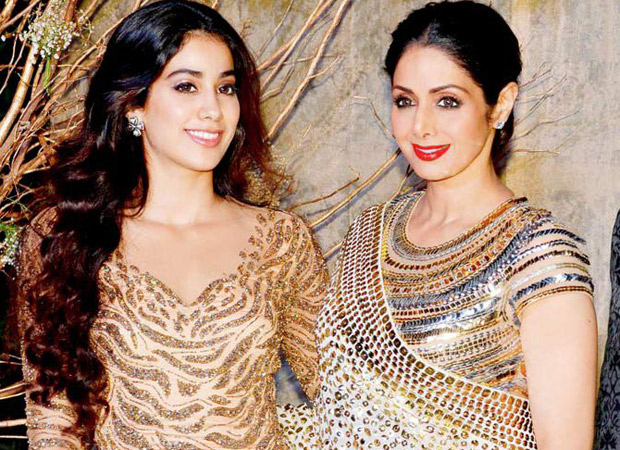 Revealing about the particular scene she said that there is a montage of her drinking milk in the film which she thought was her mom at first instant because her early childhood memories of Sridevi include her looking out for her in the morning and finding her mother drinking juice. Janhvi thinks her side profile is just like her mom. Well, this is both heart-breaking and true. We're sure Sridevi would have been very proud of her daughter, considering that she always help up her chin and professionally completed the shoot of her debut film despite the tragedy that struck their household.

Dhadak has been directed by Shashank Khaitan and produced by Karan Johar's Dharma Productions. It is a Hindi remake of Marathi superhit Sairat. Dharma has adapted it in modern-day Romeo-Juliet keeping the theme of the plot similar.

Also Read: Janhvi Kapoor talks about Arjun Kapoor and Anshula Kapoor being the strength of the family after Sridevi’s demise