Janhvi Kapoor's million dollar smile can light up your days. She has an Instagram presence that the so many people would envy. The actress recently returned from Chandigarh after shooting Good Luck Jerry. She recently posted a series of pictures dressed in a white salwar suit and she looked so beautiful. 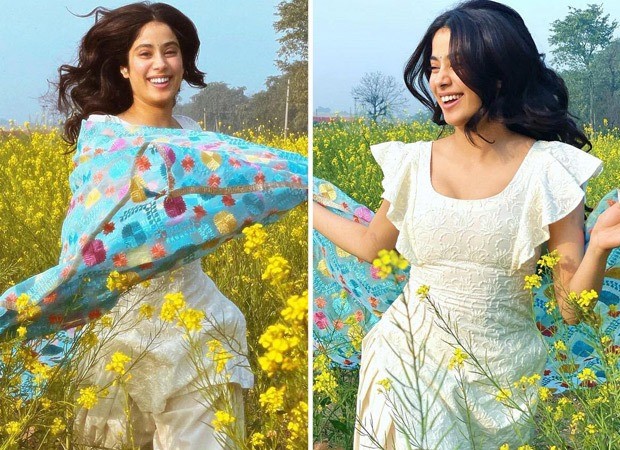 Her white salwar suit had ruffled sleeves and a colourful phulkari dupatta. The dupatta was the best part about the outfit. She's seen in a field full of yellow flowers and she looks just like Simran, right out of the scene of Aditya Chopra's Dilwale Dulhania Le Jayenge. She has kept her makeup minimal with light pink blush and rosy lips. She looked as fresh as a daisy. 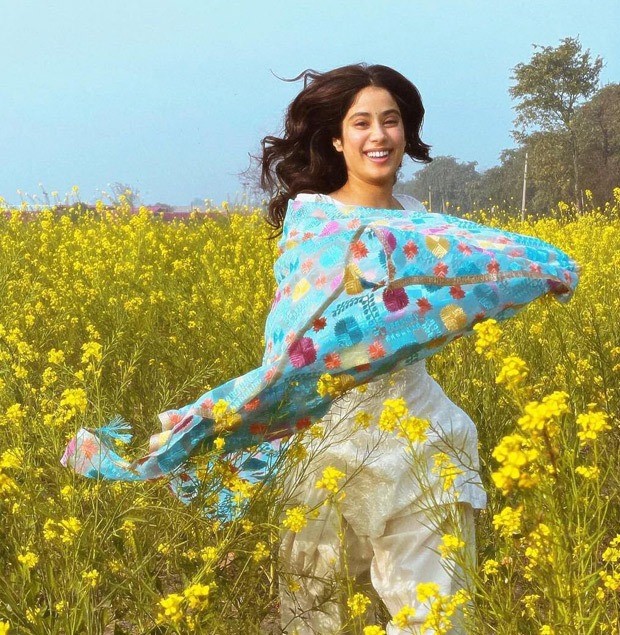 Her luscious brown locks were cascading down her back in a pool and she looked gorgeous surrounded by the flowers. She also added a light blue bindi to elevate the otherwise plain look and also added an extra tinge of the Desi touch to the look. “Maybe I am a little filmi,” she captioned the pictures. 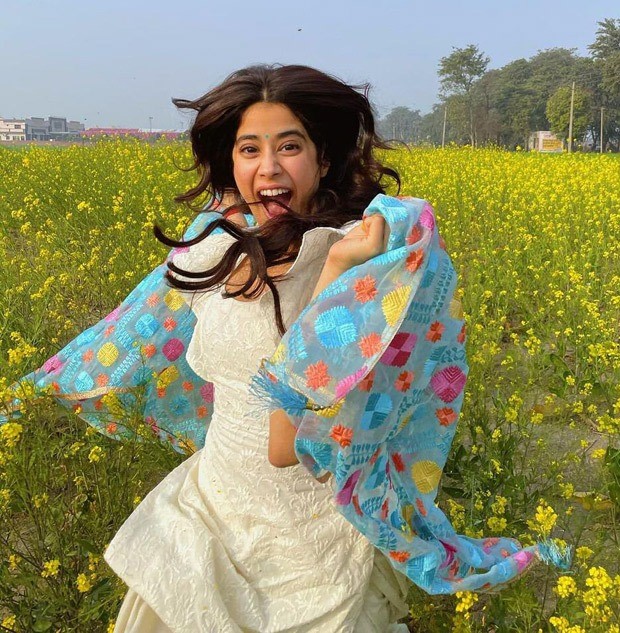 On the work front, Janhvi Kapoor was last seen in Gunjan Saxena – The Kargil Girl where she played the titular rule. Meanwhile, Janhvi has been juggling work commitments; she was shooting for Good Luck Jerry. It is an adaptation of the Tamil film Kolamaavu Kokila starring South star Nayantara. 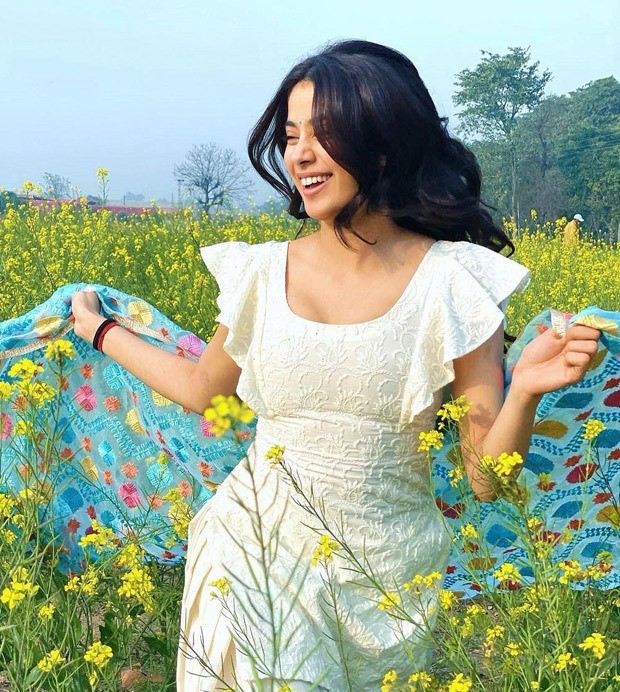 Besides this, Janhvi Kapoor will also be seen in Roohi Afzana alongside Rajkummar Rao. She also has Dostana 2 in her kitty also starring Kartik Aryan in the lead role.

Also Read: Janhvi Kapoor goes from looking a glam diva to struggling to fit in an outfit