Janhvi Kapoor is too adorable and her Instagram posts are worth talking about. From her entertaining stories, to her too glam to handle red carpet looks, her loving posts for her sister and parents and her cute antics- we can't get enough of them. 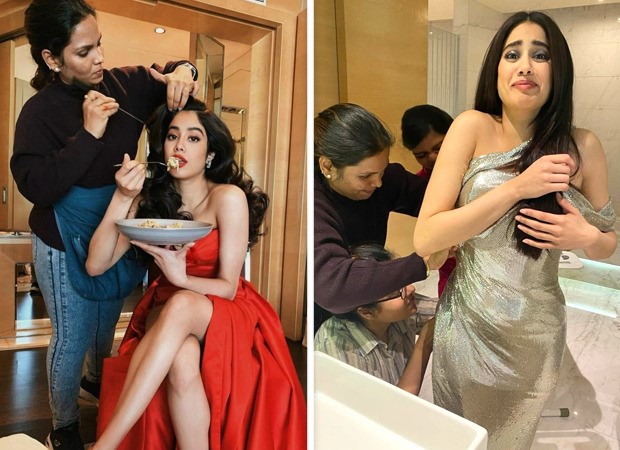 Recently, she posted a carousel before after post and it's worth a million bucks. The first picture was her eating a plate full of spaghetti in a red hot gown. She looked gorgeous as ever. In the second picture, she was donning a silver body fit and her expression is a show stealer. She had a funny expression on her face and her makeup was worth the appreciation. Janhvi can be glam and hilarious within seconds.

On the work front, Janhvi Kapoor was last seen in Gunjan Saxena – The Kargil Girl where she played the titular rule. She recently returned to Mumbai after shooting Good Luck Jerry in Chandigarh. It is an adaptation of the Tamil film Kolamaavu Kokila starring South star Nayantara.

Besides this, Janhvi Kapoor will also be seen in Roohi Afzana alongside Rajkummar Rao. She also has Dostana 2 in her kitty also starring alongside Kartik Aryan in the lead role.