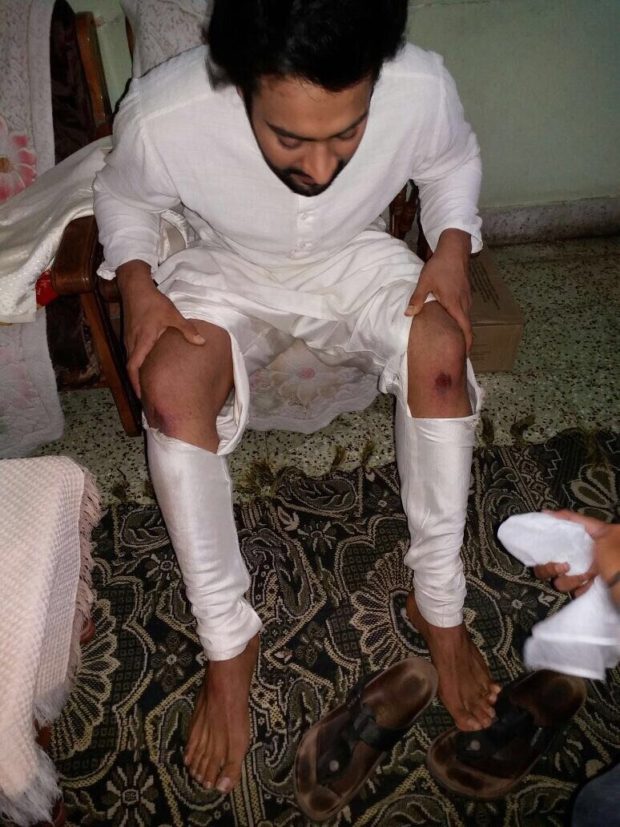 Jackky Bhagnani was recently seen celebrating the birthday of his co-star Kritika Kamra on the sets of their forthcoming Phantom Production. While the team of the said film is currently shooting for the same in Gujarat, Jackky ended getting hurt during the schedule of the film.

Jackky Bhagnani along with the rest of the cast and crew are shooting for their next in Ahmedabad. The actor, who plays the role of a Gujarati boy in this film, apparently lost his balance whilst running during a particular sequence and ended up injuring his knee. Sources close to the team said, “Recently, during the shoot for a scene in which Jackky had to run, he had a fall due to the road being slippery.”

The doctor was immediately called on the sets of the film but despite the injury, Jackky insisted on completing the shoot. It was only after the wrap up of the shoot, was the actor taken to a nursing home nearby for necessary treatment.

Directed by Nitin Kakkar, the yet to be titled venture is a remake of the Telugu rom-com Pelli Choopulu and it also marks the foray of TV actress Kritika Kamra into Bollywood.

This is how Sanya Malhotra injured herself…