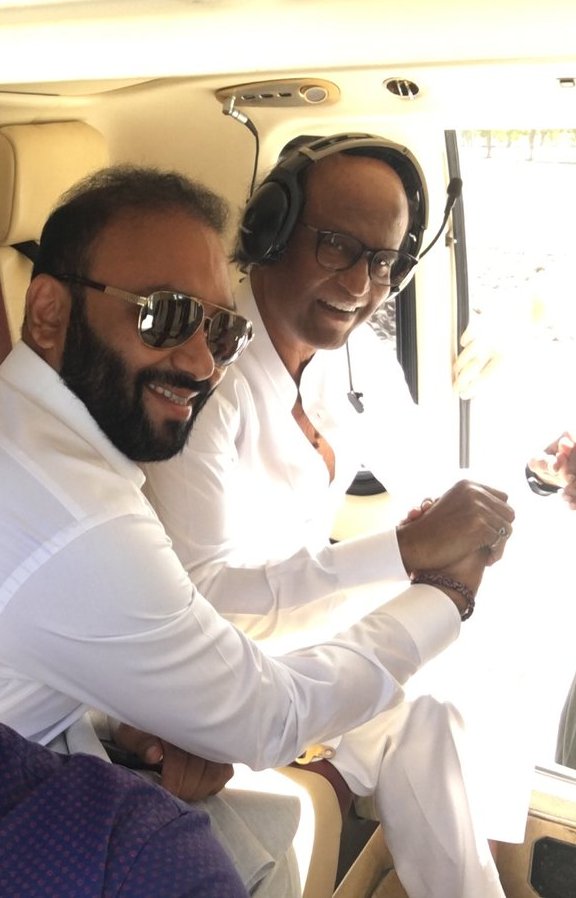 Arguably, 2.0 starring superstar Rajinikanth, Akshay Kumar and Amy Jackson is the most anticipated Indian film of 2018. The film is a sequel to Rajinikanth starrer Robot and has been made on a bigger scale. 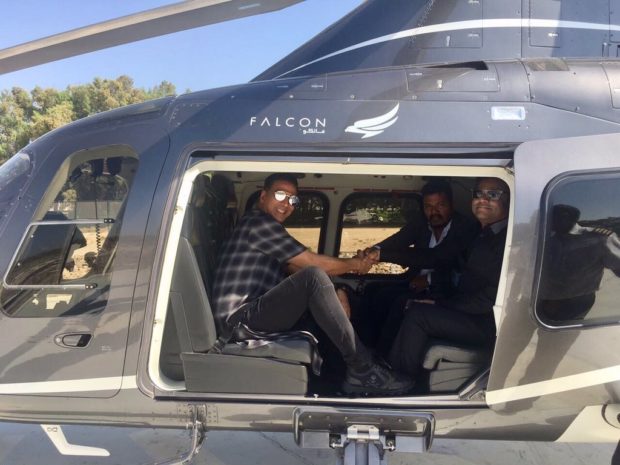 While the film promotions are yet to begin, this afternoon will be the audio launch of the film in Dubai. The audio launch has been done on a bigger scale in front of the media. This afternoon, Akshay Kumar, Rajinikanth, AR Rahman, Amy Jackson and Shankar reached Burj Park in Dubai in a chopper. Akshay shared a photograph of himself holding hands with music maestro AR Rahman and Shankar and wrote, "And we are off for the #2Point0PressMeet! See you on the other side shortly. #2point0." 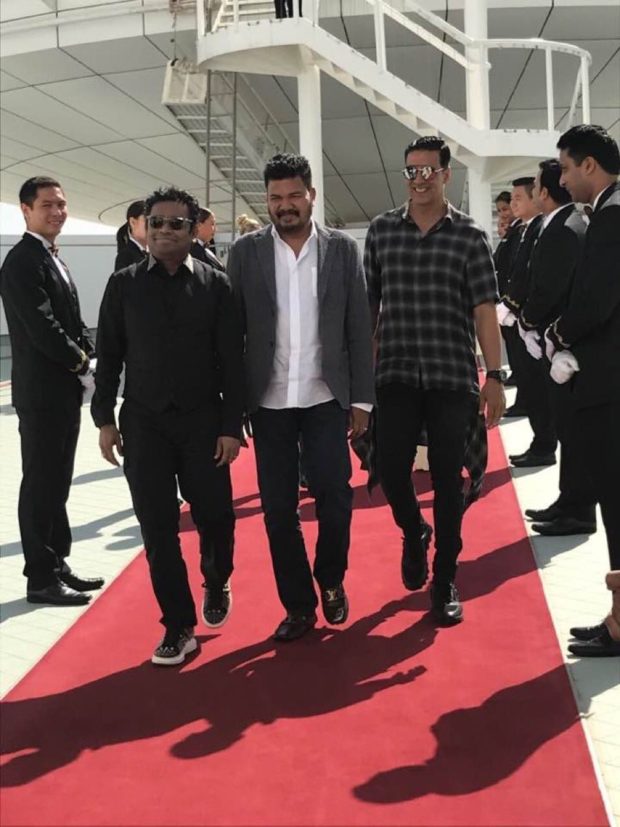 Rajinikanth too took a chopper along with Amy Jackson and Subaskaran Allirajah. Upon reaching the venue, the cast was greeted with flowers and fans could not stop cheering for their favourite stars. Before the event, Akshay Kumar, Rajinikanth, AR Rahman and Amy Jackson were waiting in a room and having a conversation. 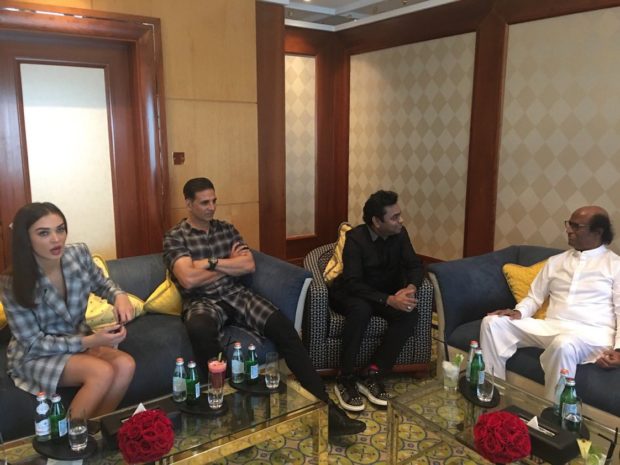 According to reports, around 12,000 free passes were given to the audience to witness the 2.0 audio launch. The main highlight of the event will be music maestro AR Rahman's live performance with 125 Symphonies musicians. Besides that, the Bosco dance team will be paying a tribute to Rajinikanth, Akshay Kumar and Shankar. Post that, Rajinikanth, Akshay Kumar and Shankar will address the media at Burj Al Arab.