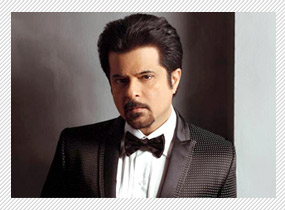 Anil Kapoor finally starts shooting the show 24 in 2013. Says Anil, "I've set aside all my other work for 24. But it's not a big sacrifice. I am giving it a year. That's the time an average feature film takes. I've already planned my films after the first season of 24. But for now I'm fully into 24. I had to be all there with the team more for myself than for the team. Television is a new ball-game for me. The first season needs more careful nurturing. After the first season, the series would be on auto-pilot. We don't know how many seasons we'll do. Right now we're focusing only on the first season."

Anil wants to bring in the same level of efficiency into the Indian version of 24 as the original. "But is that possible? I wonder!" says Anil. "I had the privilege of observing the original team at work for 8 months in LA. So I know what level of professionalism I need to exercise on 24. Working on the original 24 was great learning curve for me. I absorbed as much as I could. Now I want to replicate whatever I saw them trying to achieve. The television industry in our country is still in its infancy. In America there are top actors who do television. Look at Keifer Sutherland or Ashton Kutcher. In India television stars don't get the same recognition and money as movie stars. Hopefully after my show the gap between Indian television and Bollywood would be bridged."

24 has been lapped up by Colors. Says Anil, "We've shaken hands and we're verbally committed to working together. But the paper work still has to be done. But then contracts have never been important for me. We were in talks for some time. And even before we finalized any channel, work was on full-throttle. We never stopped work to consider which channel would show 24. Our team has been at work for quite some time."

The casting of the other roles has been left to the 24 team. "I know I am playing the protagonist. The rest of the cast, I've no idea of. And please, there's no role for my daughter Sonam in 24. At the media meet I was asked if I'd cast her in the show. The next thing I know there's talk of her being in 24. Blessedly I've a fine team. Everyone knows his or her job; Rensil D'Silva who heads the team of writers had his own film Ungli to write. But he never let that come in the way of his work on 24."


Wasn't Anil supposed to do a pivotal role in Ungli? He chuckles, "Rehne do. It's in bad taste to talk about the films that an actor doesn't do." Try telling that to all those who are claiming to have been offered Talaash.