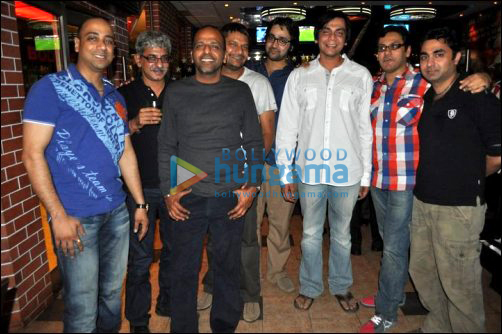 Now if there is one producer who is flying high this 'makar sankranti' (kite festival), it has to be iRock producer Sid Jain. After his record wrap up shoot for Balaji Motion Pictures Ragini MMS which took a mere nineteen days, you'd think Sid needs to slow down, right? Oh no!


Mr. Jain is one of the quickest we have seen. So quick that he is gearing up to produce a string of films with his director friends and colleagues from the B-town.


So, here's wishing Sid Jain a rocking year ahead and hope to see lots of action, thrill, romance and comedy coming from iRock. Rock on guys!

Lata Mangeshkar is all praise for Ayushmann…

Sriram Raghavan on 5 years of Badlapur

Varun Dhawan responds to a teacher who…