Bollywood actress Alia Bhatt is celebrating International Yoga Day today by posting her daily routine on social media. The actress, who is an avid fitness enthusiast, has found different forms of exercising as a way to stay in shape and healthy. 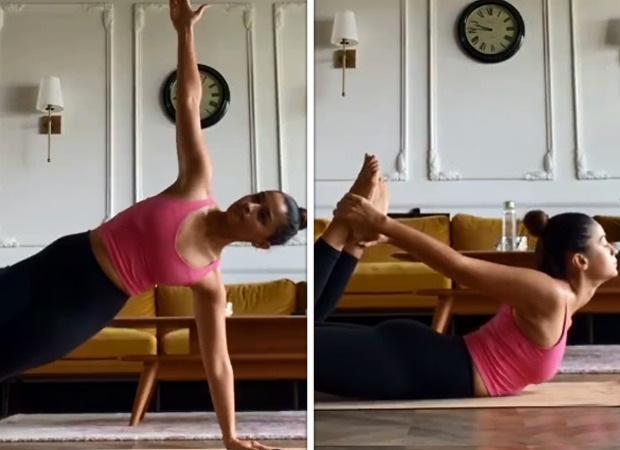 On Monday morning, the actress posted her first Instagram Reel to mark the occasion. Dressed in a pink halter neck top and black leggings, the actress is seen performing several yoga exercises in the video. Her pet cat is often seen making appearances.

The actress used South Korean juggernaut BTS' chart-topping second English single 'Butter' as the background music. Fans are curious about whether Bollywood superstar listens to the biggest band in the world, as well.

On the work front, Alia Bhatt has resumed the shooting of Sanjay Leela Bhansali's Gangubai Kathiawadi. The actress will star in Brahmastra, Darlings and RRR as well.