In cinema and popular culture, bikes have long been linked to swag. So it should come as no surprise that a bunch of leading men in the Bollywood industry own the swankiest bikes. Joining the bandwagon, critically-acclaimed actor Amit Sadh is also now a proud owner of an expensive bike. 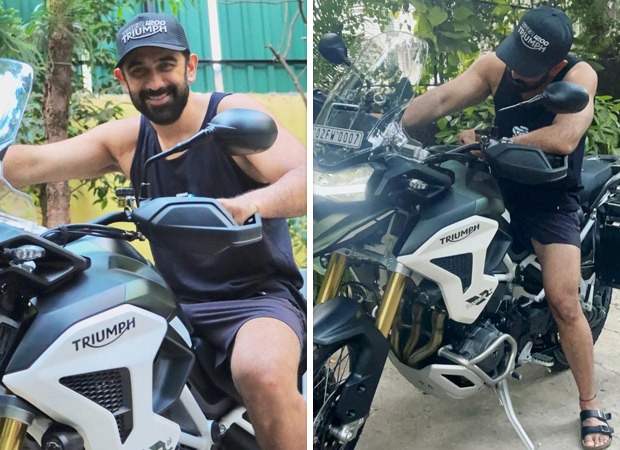 Amit Sadh shows off his ‘most favourite’s bike, a new Triumph Tiger worth nearly Rs 22 lakh!

Sharing the news with his fans, Amit took to his social media handle and shared a couple of photos of his new two-wheeler. In the photos, Sadh can be seen posing with his bike. Instagramming the post, he wrote, “I love making movies and I love riding - and they both make me come across so many people and experiences, and that connect is something I love chasing ! / I finally got my most favourite bike - #triumphtiger.”

While tagging Shoeb Farooq, an automobile enthusiast and professional and Triumph India, he thanked them for “great service and for making this beautiful beast”. Concluding his caption, he wrote, “And now let THE RIDES BEGIN - I am planning something crazy in the summer ‘23 - so all my fans , Bikerni’s and bikers - be ready.” He also used a bunch of hashtags including “bike lover”.

Coming to the 39-year-old actor’s professional front, he was last seen in the third instalment of his web show Breathe: Into The Shadows. The Amazon Prime Video series also featured Abhishek Bachchan and Nitya Menon in the lead. Produced by Vikram Malhotra and Abundantia Entertainment, the third season started streaming on the OTT platform on November 9.