Renowned Bollywood fashion designer Manish Malhotra turned 56 recently and although, his birthday celebrations is comparatively low-key, the designer decided to spend his special day with close ones from the industry. On his special day, it wasn’t surprising to see more than half of B-town posting their birthday wishes for the star designer on social media. However, Manish decided to celebrate the day with his mother, and friends from the industry which includes Raveena Tandon, Kajol, Rekha, Karan Johar, among others. 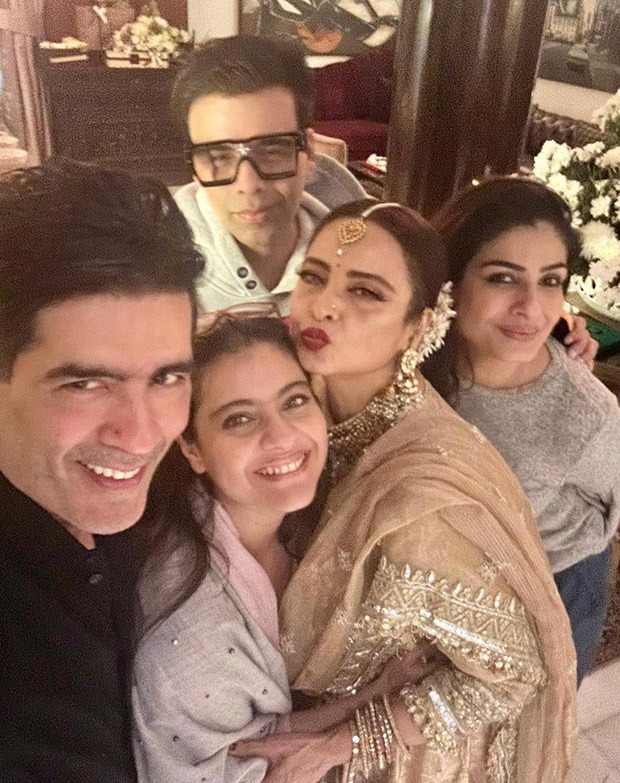 It is a known fact that Manish Malhotra shares a great rapport with the leading ladies of Bollywood and he has worked with almost all big stars from the industry. Showcasing her close bond with the designer, actress Raveena Tandon posted a lovely birthday wish along with a note and a series of photos giving glimpses of the bash. While Raveena and Kajol were dressed casually, whereas, Rekha was seen in her usual beautifully embroidered saree and ethnic style. Posting these photos, she captioned it saying, “Happy Birthday! To my best friend, my rock, my holder of all secrets for life! Love you loads my ever young my evergreen @manishmalhotra05 .. to the kindest, most generous, beautiful human being, in and out! I love you!!!!”

Manish Malhotra also had a small cake cutting ceremony along with his loved ones and an Instagram story of the same, was shared by Karan Johar on his official social media page. The special cake was ordered in the shape of the numbers 56 which is Malhotra’s age. 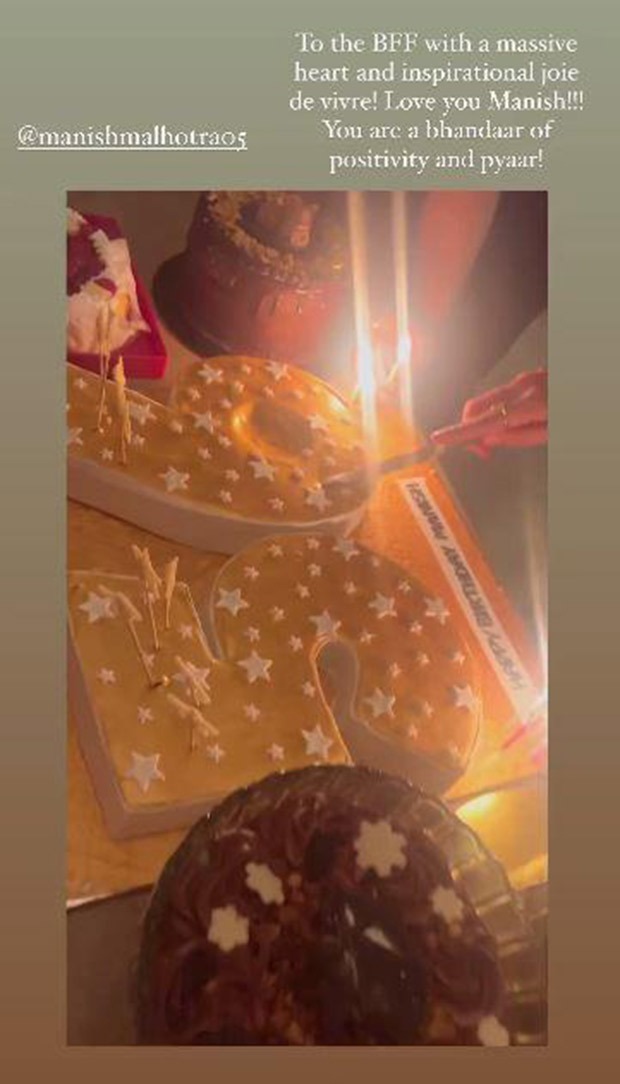 Besides these, Manish also posted a photo with his mother and a three-tier cake on Instagram. He further went on to share a video of how his work family celebrated his special day.

Also Read: Manish Malhotra smiles for paps as he arrives for Lokmat Awards