The upcoming episode of Season 9 of India's Got Talent will premiere on January 15, 2022. Judges Shilpa Shetty and Kirron Kher appeared to be horrified in a new promo clip from the show after a participant did deadly act on stage. 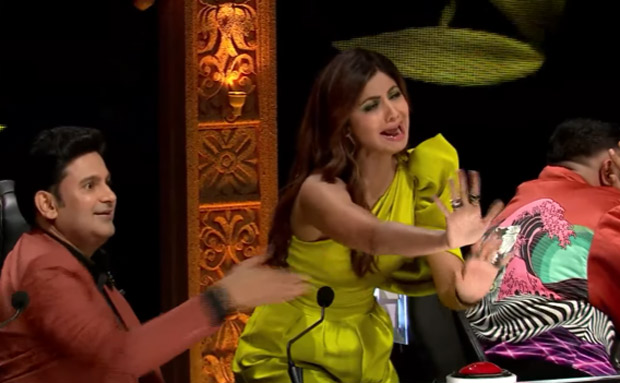 Sony Entertainment unveiled a new teaser video from the forthcoming episode on Tuesday. A participant named Kranti is seen performing several acrobatics in the video. Shilpa yells in terror as he first stops a floor fan with his mouth.

Kranti is seen in another part of the video pounding a nail into his nose. When Badshah notices this, he lowers his head and covers his ears. Kirron is seen getting out of her chair and walking away. Kranti uses a drilling machine as a prop near the end of the video, prompting Shilpa to exclaim "Nahi nahi nahi !" Later, he brings the contraption near to his face, startling everyone.

Shilpa had already posted a clip from the upcoming show on her Instagram feed. It was captioned by her, “Yeh toh bas trailer tha... iss se kahin zyada nail-biting acts dekhne ke liye judiyega hamaare saath (This was just the trailer. There will be a lot of nail-biting moments on the show, so join us).”

In 2009, the first season of India's Got Talent aired. The judges at the time were Kirron, actor Sonali Bendre, and film director Shekhar Kapur. Many new judges joined the show over time, including Sajid Khan, Dharmendra, Farah Khan, Karan Johar, and others.