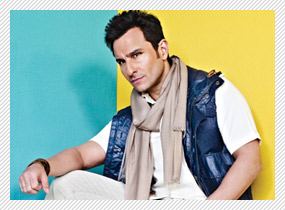 Cocktail has passed the test. After enjoying the status of being not just Saif Ali Khan's biggest opening film ever but also boasting of the highest weekend collections for a quintessential multiplex film (and in the process also eclipsing the record that had been set by Zindagi Naa Milegi Dobara exactly a year back), this home production has stayed steady on the dreaded Monday as well. While those at Illuminati Films are now all set to pop the champagne, what with co-producer Dinesh Vijan waiting for Saif to return from Mauritius (where he is currently shooting for Go Goa Gone), the man of the moment is as calm as ever.

Meanwhile the film's success has also broken the myth that it is only 'masala' films that are ruling the roost today.

"Well, I feel that Cocktail was successful on the level of an idea itself. There was this special something that people wanted to watch on the big screen. What was it? Perhaps it was the coming together of the actors, the music or as I said before, the sheer idea. What worked as a package was an overall vibe that the film generated, which by the way wasn't 'masala' by any means. Of course 'masala' is good but then the acceptance of Cocktail shows that there is a demand for these kind of films as well. It also re-emphasizes the fact that Indian moviegoer's diet isn't just about 'masala'", says Saif over a call from Mauritius.

Things have turned spicy at his production house at least, what with Cocktail continuing to rake in the moolah. Exhilarated to see records being broken?

"Yes, it is exhilarating but let's face it, the business is growing today. That is the key point because I am sure that tomorrow a film would come which would do even better. The idea is not to hold a record but recognize the fact that a record would be broken every month. As long as you can get this fact in mind, you would be at peace with yourself."

Having said that, Saif for sure is at peace with himself, what with a good success coming his way after three commercial disappointments (Kurbaan, Aarakshan, Agent Vinod) ever since the super success of Love Aaj Kal.

He agrees, "Of course Cocktail has given me a great deal of redemption. It has also motivated me further to do better work. Come on, let's face it; there were three pretty unimpressive films at the box office that I gave during last 2-3 years. Moreover, I haven't even done much work since Love Aaj Kal. Now Cocktail has come as a ray of sunshine for me. I won't say that it has been a turning point but then it is a good progress being made in the current year at least."