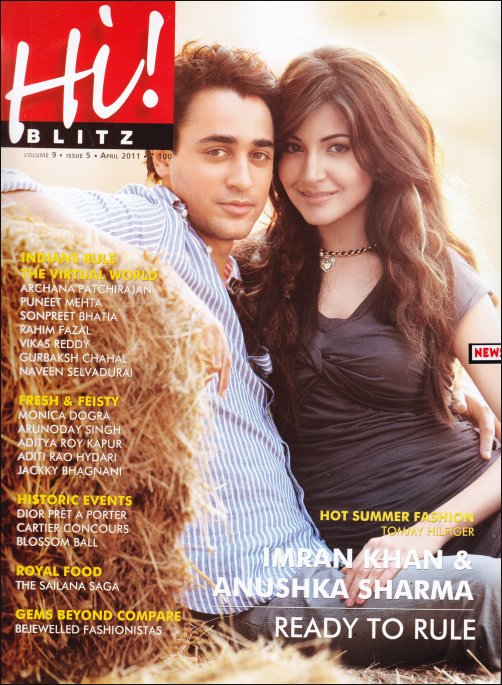 They are among the hottest young actors of the current generation and when they came together for a special photo-shoot, sparks were bound to fly. We are talking about the charming Imran Khan and the gorgeous Anushka Sharma who feature in this month's issue of Hi Blitz.

Imran, who debuted with a bang, with Jaane Tuâ€¦Ya Jaane Na had a few B.O. disasters before his next big hit I Hate Luv Storys. The actor says, "After IHLS, I decided that I must work with people whom I respect and who respect me because I want to enjoy the process of making a film." Meanwhile Anushka too speaks about how the success of Band Baaja Baaraat took her by surprise. The chirpy actress says, "I never expected BBB to be successful. I was scared whether the film would work because there were no big stars in it. Not many would agree to work with a newcomer at the beginning of their career but I agreed to do so because of my faith in Aditya Chopra, Maneesh Sharma and the script."

Imran has worked with some of the hottest leading ladies in B-town from Kareena to Katrina while Anushka has shared screen space with biggies like Shah Rukh Khan and Akshay Kumar. However, they are yet to star together in a film but going by the looks of this photo-shoot, they surely would make for one sizzling on-screen couple.

EXCLUSIVE: Urmila Matondkar on nepotism and…