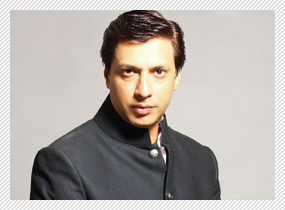 The 9-year old ordeal and trauma of director Madhur Bhandarkar and his family ended suddenly on Monday morning when the honourable Supreme Court quashed the rape charges leveled against Madhur by starlet Preeti Jain.


Madhur's wife Renu broke into tears when he called her with the joyful news.


Says Madhur, "Our marriage was only six months old when this case happened. I called her. She was traveling. She jumped out of her seat. In fact when I left for the court in the morning she had told me it would end today."


Speaking minutes after the verdict from the court premises, Madhur said, "When I heard the verdict I didn't understand what was being said. My senior counsel Harish Salve said 'Madhur, your case is over'. It still didn't register. I can't tell you what I felt at that moment. Everything froze. For a few seconds I was lost. My other lawyer Shreyansh Mithare shook me and told me I was finally free of the charge that had haunted me for nine years."


Unable to express his relief Madhur said, "It took me time to just walk across that corridor of the Supreme Court. I thought I was in a dream. I went in a corner, stood and wept like a baby. The relief is something I can't put in words."


Speaking for the first time on the horrific ordeal he went through Madhur says, "I continued to work as normal. But somewhere within me the false accusation was always there haunting and tormenting me. But I had to be brave. I didn't want my detractors to feel for even a second that I was cowed down. I had the support of my wife, sister and mother and friends, especially Ashoke Pundit who stood by me all through."


Madhur says it was his work that kept him going. "I was never demoralized. I never had to face any kind of suspicion or negativity because of what I was going through. Some of the biggest heroines happily worked with me. Whether it was Bipasha Basu, Priyanka Chopra or Kareena Kapoor, I never felt any awkwardness just because someone had made such a nasty accusation against me. I continued to make my movies. I think I did my best work during this period of trial. I feel a crisis like this spurs you to do better than your best. In fact right after false allegation, I made Page 3 for which I got the National award. Then I made another National award winning film Fashion. I never fumbled during these past nine years. I continued doing my work."


Madhur now reveals how hurt he was by doomsday prediction for his career. "When it happened I know a lot of people said Madhur Bhanadarkar's career is over. But I made films that the government honoured. Somewhere that reassured me. I felt the people who matter saw through the false charge."


Speaking of the wider repercussions of the charge leveled against the filmmaker for "raping" the starlet with false promises of roles in his films Madhur opines, "I feel somewhere this incident permanently damaged the rapport between directors and aspiring actors. Filmmakers said, 'Jaisa Madhur Bhandarkar ke saath hua hamare saath na ho jaye'. After my experience no director wants to meet a new actor or actress directly. We now have casting agencies to do the casting in our films. A lot of filmmakers have installed CCTV cameras in their offices to ensure that any meeting with actors is not misrepresented."


Sighs Madhur, "This has been a decisive year. I will never forget 2012. I am in tears right now. I am all choked up with happiness. Trust me, though I've been through hell I was never made to feel awkward or unwanted anywhere. Don't forget, I got three National awards while the case was on. Common people, colleagues, and politicians everyone supported me. And the most surprising part was that women supported me through this ordeal."