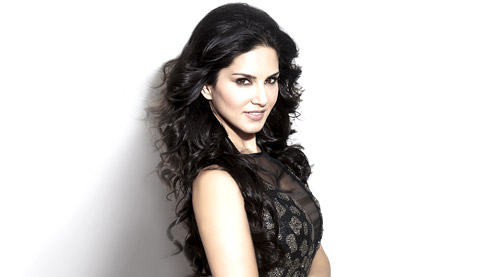 During the past year you seem to have consolidated your position in Bollywood. Do you agree?

I don't know about consolidating my position but I did work hard and worked almost every day. I just want to be a good actor and I hope people see the progress of that.

Do you still feel like an outsider in Bollywood?

Yes, I do feel like an outsider in the film fraternity. But I feel I've been accepted by my fans.

How much acceptance have you experienced in 2014 within the Mumbai film industry?

Enough. So much so that I have been busy everyday this last year.

Ragini MMS 2 was a success, and you played the 'hero' of the film. 2014 was the year of the female hero in Bollywood. What do you feel about the trend of woman carrying films on their shoulders?

I think it's great the women can carry a movie on their own. It should be like this.

2014 was also the year when you made your debut on Indian television with Splitsvilla. How was that experience?

My debut in Indian television was on Bigg Boss 5 and my second was as a host for Splitsvilla. It was a wonderful experience being on the show and I took with me many great memories.

In 2015 you seem to have quite a number of films lined up. What do you play in Tina & Lolo, Mastizaade, Leela and Kuch Kuch Locha Hai?

In Tina & Lolo I play a girl on the run. In Mastizaade I have a double role- one twin is sexy and one twin is dorky. The other films I can't talk about.

Please tell me about your other plans for 2015?

2014 was an amazing year and I know it's going to get even more crazy in 2015. There will be quite a few movies releasing and I can't wait to see the people's response of how they like it.