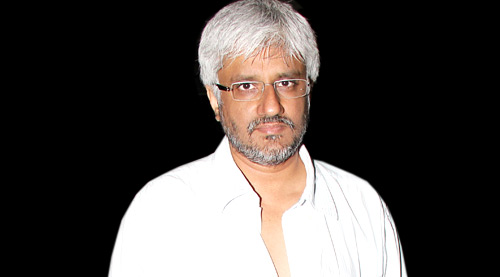 Just before the time of release of Khamoshiyan, a new Pandora's Box opened. While the film was royally promoted as an erotic-supernatural musical thriller, it was pretty much on the cards that the leading actors in the film would have to get physically intimate for screen. However, even as cries of 'all not being well' are heard, what with an apparent showdown between writer-mentor Vikram Bhatt and leading lady Sapna Pabbi over certain bold scenes for the Karan Darra film, it seems there is a lot more that happened in the background in comparison to what would eventually meet the eye on screen.

"Well, I won't deny that there were disagreements, and that too when we were just getting ready to roll," says Vikram Bhatt, "However, it wasn't as dramatic as it sounds. It did set us back a little as we couldn't really see this coming. I needed to have a one on one chat with Sapna to help her see the point behind the entire exercise."

While Sapna was forthcoming enough to acknowledge that she wasn't really comfortable with the dare bare scenes for this Vishesh Films outing (and even screaming aloud that she is not Sunny Leone), Vikram had to come forward and help her see the relevance of it all.

"She is a debutant. It is her first film and that too in a genre where she is required to be uninhibited. It is understandable if she caught cold feet. However, I did comfort her with the fact that this is Bollywood after all and whatever we say or want to shoot, eventually we had to abide by the Censor guidelines. After all, there is a board out there and we could eventually show on screen only what is allowed. We can't make an actress go topless, the maximum we can do is show a bare back and the arms and the legs. No one was trying to exploit the genre into revealing anything that won't make it to the final cut," says Vikram.

Gradually, Sapna did find this as a fair argument. However, the apprehensions remained, though ultimately she went with Vikram's conviction and delivered as required. Still, is the filmmaker, who famously loves to peddle fears, a wee bit disappointed with the turn of events?

"One moves on. This was one episode, and now it is time for you to see how it plays on screen," he shrugs away.

Well, we can now!