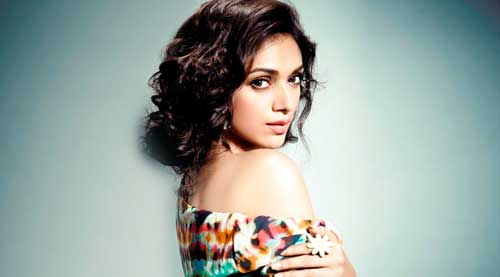 She made a surprise appearance in Sonam Kapoor's Khoobsurat last year. However, her last major appearance as a female lead was in Akshay Kumar's Boss (2013). Now more than a year and a half later, Aditi Rao Hydari has returned as a solo female lead in Guddu Rangeela where she has Arshad Warsi and Amit Sadh for company. In this Subhash Kapoor directed film, she is playing a sweet, innocent and vulnerable part, something that goes well with her personality.

"And I am happy with this personality, I guess it is unique to me and I don't want to change that for anyone. Why should I," questions Aditi, who is playing a simple and vulnerable girl in the film.

"There was a time when people used to ask me to change. However, I feel that one should not run away from who you are here. A good filmmaker would anyways use your core personality well. This is something that Subhash (Kapoor) sir knew it well. A film is a director's medium and they are the people who make it happen. I really have a lot of respect for such good directors and I just live their vision," she adds.

Aditi was happy to turn Baby for Subhash in Guddu Rangeela.

"Since I am not a trained actor, I surrender to my director," says Aditi, "There are actors who constantly check the monitor as it gives them some joy out of that. However I didn't have to do that for Guddu Rangeela. When you have a fantastic director whose vision is so clear, then my job as an actor is to live up to the expectations."

Even if that meant shooting for tough conditions up north which required her to battle extreme cold as well as rocky terrain.

"Yes, it was quiet a task to be on outdoors throughout. In fact Subhash sir used to joke around if I was regretting the decision to do Guddu Rangeela since it was all so strenuous," she smiles, "While everyone on the sets was a man, I was the only female running up and down the slopes. I was doing a lot of action and had to be one of the boys. I was falling off, running around on the stones in the heat with dust all around us. These were tough locations to shoot at, but then when you have a scene that inspires you and you are working towards something, it is all just so much worth it."

Aditi would next be seen in Wazir, Fitoor, The Legend of Michael Mishra and a film with Abhinav Deo.