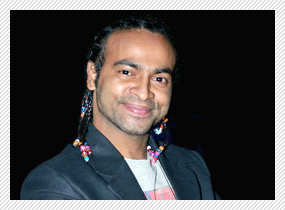 After gaining popularity with Shor In The City, popular theatre and Bollywood star Pitobash struck gold after he bagged the Hollywood film Million Dollar Arm. The actor will be playing one of the major roles in this India based English film which also stars Life of Pi star Suraj Sharma. Pitobash talks to Bollywood Hungama about this recent stroke of luck, his experience of working with the maestro A R Rahman, his love for Irrfan Khan and a lot more in this interview.


Was going to Hollywood a part of the plan or was it just a
co-incidence?


It was the ultimate plan but I didn't expect it to happen this early. The initial plan was to first settle down in Bollywood and may be after 10 or 12 years later, I thought going international would have been apt. But I guess I was fortunate to get this offer at this young age.


How did you bag Million Dollar Arm?

I got a call for the audition because of casting director Sehar Latif. She was looking out for actors in India for this Hollywood film and approached me for the role. I auditioned and it was only after another call, that I enquired about the details of the film. When I realized that the director was Craig Gillespie and this was a Disney film, I was really happy. Co-incidentally, his movie Lars and the Real Girl is one of my favourite films, so I knew a great director will be directing me. Post that, the audition continued for about two and a half months and when they told me that I have been finalized, I couldn't hold back my excitement. As I always believe 'all is well that ends well'.


What is your role in the film?

It is a sports drama and revolves around four underdogs in their respective fields. Based on a true story, it is about a bank corrupt sports agent who executes an idea after he comes across the similarities between baseball and cricket. So in order to bounce back into form, he decides to organize a talent hunt in India and chooses pitchers (are like bowlers) to train them in baseball in the U.S. He selects three of them from the country which are played by Suraj Sharma, Mathur Mittal and me. But my character joins as an assistant initially but later, turns into a translator for everyone. Also, the character has his own story to tell where he talks about his dreams and aspirations.


You dedicated this role to Irrfan Khanâ€¦ Has he always been your inspiration?

In recent times, he is one of the best actors we have in the country. I respect and idolize him. In some way, I get inspired by his progress in Bollywood. The way he has moved from small roles to negative roles to a big star. He is so dedicated and hardworking. He is also one of the first people who called me and congratulated me despite being such a big name in Bollywood. So I felt like dedicating the film to him.

You are working with the legendary A.R. Rahman in this filmâ€¦ How was the experience?

Frankly, till now, I have never met him. But I have been a big fan of A R Rahman Sir from childhood. Whether it's Bombay or Roja, I have a complete collection of his music. I have always wanted to be a part of a film which has music composed by him. So I am eagerly waiting to meet him during the premiere of Million Dollar Arm.


How was it working with Suraj Sharma and other experienced Hollywood cast and crew?

Yes, they all are experienced considering some of them are even Oscar nominated. They are professionalsâ€¦yet so down to earth. I think Suraj is amazing. Though he is a kid, the experience of working with Ang Lee sir made him matured and he understands the process of filmmaking perfectly. Apart from that, John Hamm and Alan Arkin are such huge stars, yet so
co-operative and simple people. I never felt like I was working with such great stars.


You have been a very popular and award winning theatre artist. Any plans for the future of Kolkata theatre?

I am still doing theatre and I will continue with it. At the same time, I will also be working on my film projects as well. Many of them have asked me if theatre will take a backseat, but I believe that it is not important to choose one of them. I can do films and theatre in India and abroad simultaneously. At the end of the day, I am just an actor who wishes to explore everything. It all depends on an individual. Since the last five years, I do films and also play in Ila Arun's 'Surnai' group. When we have free time, we try to make something interesting. Last month too, I was with the theatre group on a multi-city tour. It's not that difficult to manage if you want to.