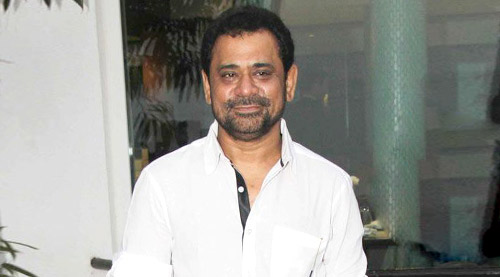 The blockbuster status of Welcome Back (it earned over Rs 50 crores over its first weekend) has taken director Anees Bazmee by surprise, though only a little.

"To be honest, I was very careful while writing the sequel. Everything had to be bigger funnier than Welcome which came almost 8 years ago. What I didn't expect was this kind of response.

People are going crazy over the scenes, dialogues, performances, everything. I am flattered and honoured the audience likes the film so much in spite of the critics not taking to the film," says

Does he really care what critics say about his cinema, considering audiences flock for his films no matter what the reviews?

Anees sighs, "Look. I'd be lying if I said I don't get affected by the constantly bad reviews. I know the audience response is what finally counts. But if I get the critics' approval along with the

audiences' love it would be sone pe suhaga. The funniest part is, the same critics who are lambasting Welcome Back are now saying Welcome was a cult hit. If you go back and

read the reviews of Welcome you'll be shocked to see it got one-star ratings. I wish critics would give my film some respect when it is released. Why wait for it to get old before finding?"

Anees Bazmee says he's already working on the third part of the Welcome franchise. "This time there won't be a gap of 8 years. But I need to get an idea that inspires me."

Anees says he didn't laugh while writing the scenes in Welcome Back. "Though I am known for my comedies I am a very emotional man. When I write emotional scenes I weep a lot. But when I

write comic scenes I don't laugh. So I never knew Welcome Back was funny or not. All I knew was that I would not write anything vulgar or with double meaning. I wouldn't want to make any

film which I'd be embarrassed to watch with my family. Laughter can be generated without resorting to double meanings. I proved that in Welcome and Welcome Back."

But emotional films are Anees' forte. "My favourite film is my unreleased film It's My life. It's a dramatic father-son story with a brilliant performance by Nana. I am hoping my producer

Boney Kapoor would release, now that Welcome Back is such a success."